Students say IT education most relevant for future jobs 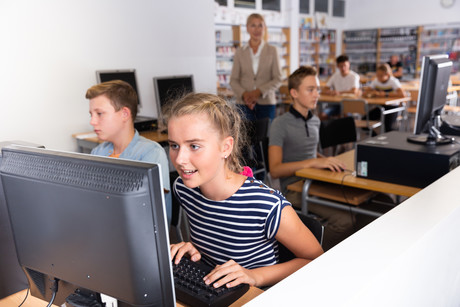 Australian students are calling for more tech-based tools and skills in school, with new research suggesting they’re keen to learn via new technologies and prioritising STEM-based education in preparation for future jobs.

The research, commissioned by Microsoft Store Australia, sought to explore 10- to 16-year-old students’ ideas for the schools of the future.

According to Microsoft, 60% of respondents hope to see IT and computers form a core part of the school curriculum in the next 10 years.

Additionally, 65% are interested in learning more STEM-focused skills like coding, with one-third saying they’re not taught this currently, the company said.

Microsoft also believes Australian students consider STEM-based subjects most relevant to their future careers, with 63%, 61% and 57% prioritising IT, computers and science respectively, while only 51%, 45% and 44% prioritised PE, English and Music, the company said.