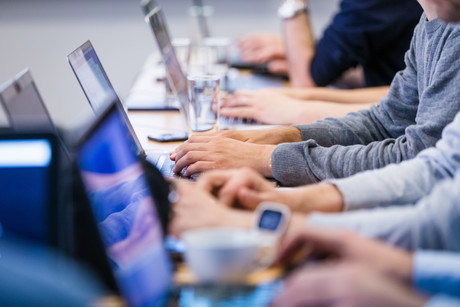 Pennsylvania State University is a public research-intensive university with campuses and facilities throughout Pennsylvania. Ranked as one of the top 50 colleges by US News, Penn State serves 80,000 students and 50,000 faculty and staff. The University Park campus, comprised of several hundred buildings and nearly 3 million square metres, is a city in itself.

Penn State is dedicated to implementing innovative solutions and is committed to reducing its carbon footprint and greenhouse gas emissions. A large portion of that has come from its Energy Savings Program that has already reduced its energy use to 2003 levels despite an increase of over 9000 square metres of building space.

Using separate IT teams for different areas of the university, the facility automation team is innovative in its management of the infrastructure that supports buildings on the University Park campus and the Commonwealth campuses throughout the state.

Tom Walker, network administrator at Penn State, stated, “Anything that deals with control of the building and how the building operates is coming across my network infrastructure and servers at the data centre.”

“We were seeing up to 90,000 packets per hour of broadcast traffic, which caused random buildings to drop offline due to the broadcast storms,” stated Walker. “We needed to change our flat Layer2 daisy-chain design. If I turned off one building, up to 10 more buildings would shut down, which caused even more problems when I just needed to isolate the one that was causing the issues.”

Also, with the BACnet protocol being a user datagram protocol (UDP), there was no confirmation of messages being received. Communications to start or stop tasks sent within a maintenance window were lost. Faculty and staff would arrive at a building only to discover that it was not cooled down or heated. Walker and team felt it was time to install their own infrastructure internally.

A Smart Campus starts with a reliable network. However, while that kind of connectivity may once have been a goal in itself for many colleges, it’s just the beginning of a Smart Campus. When all of the buildings and infrastructure on campus share a common technology infrastructure, they can interact with each other to enable efficiencies that weren’t possible before. This was the approach Penn State undertook.

Working alongside the Enterprise Networking and Communications Services (ECNS) team and looking to update the network, the Penn State team looked at several vendors. They wanted a layer 3 switch at the edge to help isolate the high volume of packets that could be generated from within each building. They only needed a limited number of ports per building so their preference was to find a low port density switch. Other requirements included competitive pricing, scalability and a mix of fibre and copper Ethernet ports.

After doing extensive research on all the vendors, Ruckus was chosen as a vendor who demonstrated the capacity to deliver ease of configuration, cost optimisation and layer 3 capability in a smaller form-factor with low port density. The goal was full network redundancy, ability to isolate each building, greater control over network traffic and reduced power consumption. With a design in mind, Penn State decided to validate the new solution on a specific section of the campus first to get a better understanding on how to proceed with the broader deployment.

The new Penn State smart-campus building automation network solution is based on the Ruckus ICX platform and provides reliable enterprise-class stackable switching and routing to meet the current demand while offering plenty of room to scale-up for future extensions.

At the core, a pair of ICX 7750 switches delivers rich layer 3 features with chassis-level performance and reliability in a flexible scale-out design that fits perfectly at the core of Penn-State’s building automation network to route traffic. The ICX 7750 pair connects down to the distribution layer through redundant 10G links and up to the data centre through redundant 40G links.

The network distribution layer uses a combination of ICX 6610 and ICX 7450 L3 switches deployed at numerous “hub” locations on the University Park campus. These switches are all dual-pathed to deliver reliable and scalable L3 routing between the access and the core.

At the access layer, an ICX 6450 or ICX 7150 12 port compact switch is deployed in each building. It uses gigabit Ethernet links to connect to a variety of equipment, including the building lighting control system, elevator, chimes systems, electric meter, HVAC system, and other control and automation devices. The ICX compact switch connects up to the aggregation layer with redundant 1G L3 fibre links.

The ICX 6450 or ICX 7150 12 port compact switch ability to deliver L3 routing in a small and fan-less form factor while offering a mix of copper and fibre ports (for long distance uplinks) and reduced power consumption makes it perfectly suited for this application.

“The ICX compact switch itself uses very little power,” added Walker. “That’s a perfect fit for our objective to reduce overall power consumption across the university while saving money at the same time.”

“Having layer 3 at the edge gave us a simple deployment method,” stated Walker, “and allowed us to isolate each building to eliminate disruption from broadcast storms.”

Ruckus provided Penn State with a platform that can support all the buildings throughout the campus and across the state with the flexibility to grow with the university’s future needs.

“The Ruckus solution provided us with a quality product at a low cost, smaller form-factor and lower power consumption,” said Walker. “Our group maintains energy efficiency and sustainability so our goal is to reduce power consumption in the buildings. We look at ways to run the buildings more efficiently and still provide the same comfort while reducing our carbon footprint and saving millions of dollars for the university.”

For the past few years, Ave Maria College, a Catholic secondary school for girls in Melbourne,...

Empower student learning with the TravelMate Spin B3. Designed to inspire continuous learning.

Taking education devices to the next level with the TravelMate Series designed to inspire...