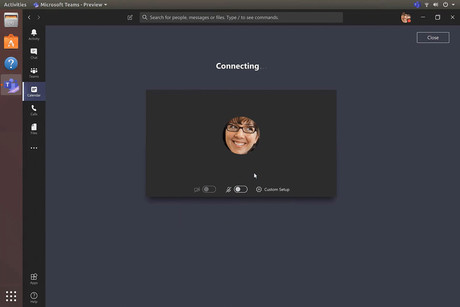 Microsoft has launched a public preview of Microsoft Teams for Linux, marking the first Microsoft 365 app to come to the Linux platform.

The company has made the preview available as native Linux packages in .deb and .rpm formats.

Microsoft said the Teams client for Linux will support all of Teams’ core capabilities, which include chat, video meetings, calling and collaboration on Office 365 documents.

In a statement, Microsoft Teams Product Marketing Manager Marissa Salazar said the company is “committed to supporting mixed environments across our cloud and productivity offerings”, noting that most of its customers have devices running on a variety of different platforms, including Linux.

“2019 has been another incredible year in open source, and Linux continues to be at the heart of all the growth and innovation. I’m really excited about the availability of Microsoft Teams for Linux,” Linux Foundation Executive Director Jim Zemlin added.

“With this announcement, Microsoft is bringing its hub for teamwork to Linux. I’m thrilled to see Microsoft’s recognition of how companies and educational institutions alike are using Linux to transform their work culture.”