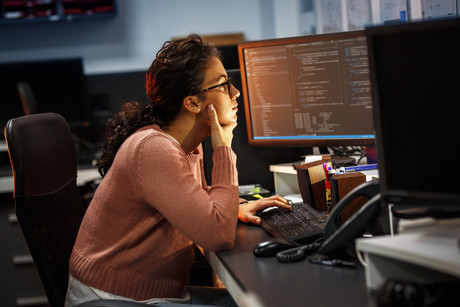 DevOps, cybersecurity and data analysis will rank among the most in demand IT skills Australia-wide in 2020, according to specialist recruitment agency Robert Walters.

The company's Salary Survey for 2020 shows that due to ongoing technology transformations across every Australian industry, employers are expected to continue to vie for professionals with expertise in development, the user experience, data management, and cybersecurity.

In a bid to attract and retain staff, 27% of Australian employers expect to offer a 1–3% salary increase next year, with 24% planning a 3–6% increase.

The survey also includes a breakdown of the job categories with the expected largest 12-month increases in salary by state, and by contractor compared to permanent position.

The hottest job category in Australia is for a developer in South Australia. Salaries for permanent developers are set to grow by 20% to a medium of 90,000. Interestingly, the hourly rate for developer contractors is set to decline by 7% in the state over the same period to $63.

Business analyst contractors in Victoria can expect the next highest increase, with their hourly rate expected to grow 18% to $100. This is followed by tradefloor and application support contractors in NSW (up 16% to $55) and RPA developers in WA (up 16% to $93).

By contrast, the largest projected median decreases in 12-month salaries are all in South Australia — test lead contractors (down 22% to $73), permanent change managers (down 12% to $115,000) and permanent solutions/technical/security architects (down 11% to 125,000).

The highest paid permanent IT position in Australia will remain CIOs in NSW, who can expect a median salary of $295,000. But this will represent a 2% year-on-year decrease.

In Queensland and Victoria, employers expect to offer CIOs a median salary of $240,000, while in South Australia the median is $230,000.

Another notable finding in the survey is the fact that Queensland respondents project no change in median salaries from any technology and transformation roles, from CIO, CTO and CDO all the way down to helpdesk support providers.