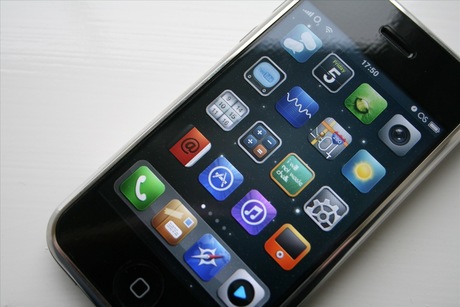 Welcome once again to the Week in IT, where we consider the more curious tales to come out of the world of information technology in the last seven days.

In a week where most of the media was remembering Steve Jobs (it’s been a year since his passing), some sites reported that 3000-4000 workers at the Foxconn factory responsible for constructing iPhone 5 units went on strike over poor working conditions.

Apple and Foxconn have both faced criticism in the past over factory workers’ conditions, with reports of suicides, riots and protests surfacing over the last few years. This week’s reports come from the New York-based China Labor Watch.

In this incident, workers were said to be upset about new, stricter quality-control requirements introduced for the iPhone 5 and being forced to work through a Chinese national holiday.

However, Foxconn later denied that any strike took place, saying that production of the iPhone 5 was not halted. The company said that there were only two isolated disputes between workers and supervisors.

If you’ve received phone calls in recent years about problems with your Microsoft Windows installation, been told your computer is full of viruses and subsequently been directed to hand over your credit card information in order to be protected from said viruses, you’ll be familiar with the Event Viewer telemarketing scams.

You’ll also probably be happy to hear that these scams have been put on hold, thanks to the combined efforts of the US Federal Trade Commission (FTC) and the Australian Communications and Media Authority (ACMA).

Because the scams are largely based in India, bringing them down has proved quite a problem. But now, a US court has frozen the assets of dozens of organisations and people associated with the scams.

While the move may not completely stop the scam, it should at least hinder the scammers’ efforts.

Huawei’s attempts to overcome consistent concerns about the security of its products have taken yet another blow, with a leaked report last week revealing that the US Congress regards the company as security risk.

This will also hamper the vendor’s attempts to become a supplier to Australian’s very own NBN, at least according to one ITWire reporter.

A CBS news report quoted Dutch Ruppersberger, a US Democrat on the House Intelligence Committee, as saying: “Their overriding concern is this: that the Chinese government could exploit Huawei’s presence on US networks to intercept high level communications, gather intelligence, wage cyber war and shut down or disrupt critical services in times of national emergency.”