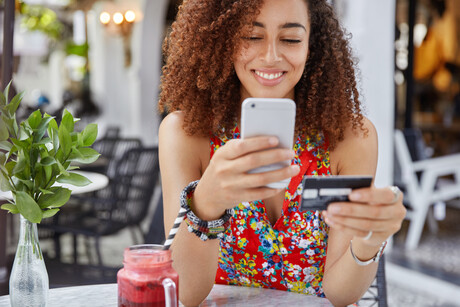 Australia Post facilitated an additional $2.4 billion worth of e-commerce during COVID-19, new research from Deloitte Access Economics has found.

At the height of the pandemic, the company delivered more than 26 million extra parcels between March and May, compared with the same period in 2019. In doing so, it played a key role in supporting the boom, along with more than 25,000 new full-time equivalent local jobs.

Communities in regional and remote Australia accounted for almost a quarter of the business, with food, liquor, homewares and appliances among the most popular categories.

The e-commerce surge is in stark contrast to much of the wider national economy, in which two out of three businesses reported weaker revenue during the crisis.

Australia Post Group Chief Executive Officer and Managing Director Christine Holgate said she was proud that the company was able to support businesses during this difficult time.

“Not only have we supported business to trade online, for every three workers employed by Australia Post, another two jobs in other businesses and industries have been supported, many in small and medium businesses.

“I’m so proud of the way we have stepped up and kept many Australian businesses alive. Australia Post really has become the ‘BusinessKeeper’ of the national economy.

Minister for Communications, Cyber Safety and the Arts Paul Fletcher agreed the company had been instrumental in powering the e-commerce boom.

“The Deloitte report underlines the vital role Australia Post has performed during the COVID-19 pandemic in serving the increased parcel delivery needs of Australians and their small businesses as people moved their economic activity online, particularly those in rural and regional locations,” he said.

“It further highlights why the government agreed to grant temporary regulatory relief to Australia Post so it could meet the increasing parcel volumes by redeploying around 2000 posties to work in the growing part of the business delivering parcels instead of letters, which are sharply declining during the pandemic.”

The NSW Government has introduced a new diploma in advanced manufacturing to help support the...

Workers itching to ditch remote working for a return to the office will want a new working...

The consultation aims to improve choice and fairness for consumers and to prepare the telco...