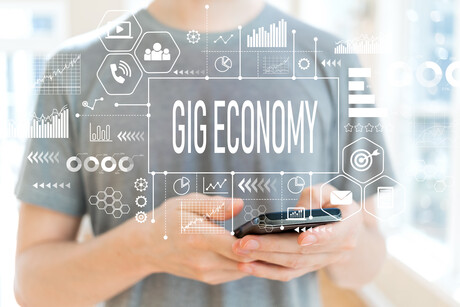 GlobalData has revealed that the number of gig workers has increased in the world’s largest economies, prompting lender curiosity about expanding their access to credit. Gig workers who previously struggled in the lending ecosystem due to their temporary, freelance jobs wanting steady pay cheques could now utilise artificial intelligence (AI) to convert them into creditworthy borrowers, by using alternative data.

Kiran Raj, Principal Disruptive Tech Analyst at GlobalData, noted that traditional credit scoring models, such as FICO, are inherently flawed in accessing thin credit files due to their assessment of only a handful of standard data variables. Raj acknowledged that this leads to lenders reeling under pressure to make more inclusive credit decisions in real time.

“This is where fintech start-ups have come into action with their AI credit scoring models almost instantly interpreting alternative data like historical payments, digital footprint and behavioural economics,” Raj said.

In the UK, Credit Kudos uses real-time behavioural data to predict an applicant’s credibility to pay back a loan, analysing their interaction with digital services such as mouse movements, keystroke pressure, gyroscopic movement and touch-screen usage to scan for any potential fraudulent behaviour.

San Francisco-based fintech start-up Qwil tracks payment data in the gig economy and works with online marketplaces and service providers to pay freelancers on their behalf, where they can have early access to funds rather than when their invoices are due.

“While banks are watching the opportunity slip through their hands, fintech start-ups are trying hard to exploit the gig economy that is rapidly growing with innumerable lending needs to be addressed,” Raj said.

While privacy concerns around alternative data remain, they can be addressed with evolving regulations in many countries. Additionally, Raj notes that gig workers are increasingly willing to share their data for inclusive credit decision-making.

“Before it is too late, banks should start exercising AI-based alternative credit scoring models to expand their access to credit as well as to give a boost to financial inclusion,” Raj said.