HP announced today a multimillion-dollar investment in a next-generation data centre to be located in Sydney's western suburbs. With $119 million committed for the building, the extensive site will be covered by five shells each housing the equivalent of nine tennis courts or 2320 square metres each. This is just for the building and the site with all the technology still to be factored in to the total investment.

It is part of HP's global goal of modernising IT to reduce costs for users and to drive new opportunities. The first cell will be ready for use at the end of 2011 and as extra capacity is required the remaining four cells will be built. The centre will use HP's converged infrastructure portfolio and will service local and global customers. David Caspari, VP, Enterprise Services HP-South Pacific, said, "The next-generation data centre will be built out to last for decades and decades and indicates HP's confidence in Australia." 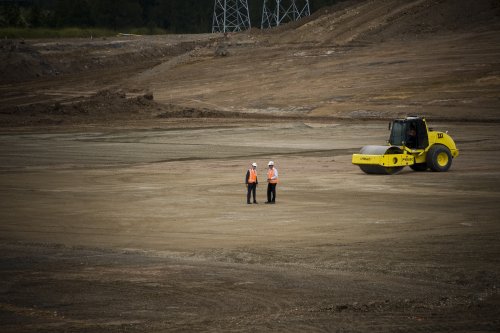 "Just look at the example of the floods and how government had to turn on new services instantly to help people. Social media like Twitter and Facebook are changing the ways we do things too.

"It is a significant investment and combined with the National Broadband Network will build a platform to drive instant services," said Brandling.

Due to plane delays, we did not hear from Senator Stephen Conroy, the Minister for Broadband, Communications and the Digital Economy, who was slated to speak on how the NBN would plug into HP's next-generation data centre.