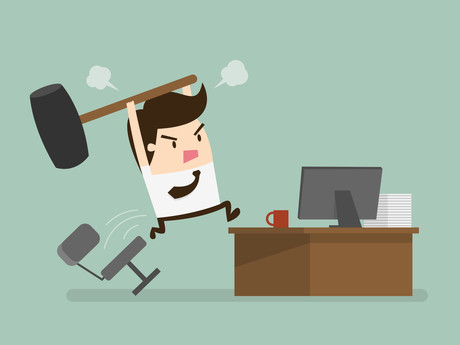 Almost three-quarters of Australian workers are feeling stressed out by technology, according to new research.

The latest workplace survey from global HR think-tank Reventure shows that 73% of workers feel constantly connected to technology and cannot completely shut off from it — an increase of 27% since 2016.

The 2017 Snapshot of the Australian Workplace is a national survey of Australian workers, capturing worker sentiment in key areas like job satisfaction, performance, technology and health.

Lead researcher of HR think-tank Reventure, Dr Lindsay McMillan, said technology stress is becoming an increasingly common complaint that is not being addressed by employers.

“73% of workers feel like they cannot turn work off, so they are checking emails and thinking about work because they are connected to their devices,” McMillan said.

“It is up to employers to follow the lead of countries implementing the ‘right to disconnect’, which limits and regulates emails outside of working hours, and make their expectations around work clear.

The report also found regarding the impact of technology:

The 2017 survey consisted of 1005 Australian employed adults aged 18 to 65. Of these, 56% were full-time workers, 28% part-time workers and 8% self-employed or independent contractors.

A future that works is a national workplace renewal campaign launched by global HR think-tank Reventure after research found 49% of Australian workers were likely to look for a new job in the next year. This campaign is aimed at highlighting effective and practical solutions so that workplaces can more actively engage with modern challenges.