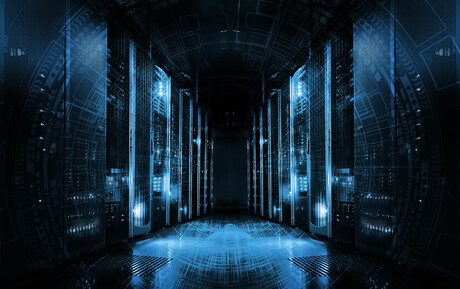 The 56th edition of the TOP500 has named the Japanese Fugaku supercomputer as the number one computer system, reflecting a flattening performance growth curve. Fugaku grew its Arm A64FX capacity from 7,299,072 cores to 7,630,848 cores. The additional hardware enabled its new 442 petaflops result on HPL, putting it three times ahead of the number two system in the list.

Alongside Fugaku, the current op 10 systems include Summit, an IBM-built system at the Oak Ridge National Laboratory (ORNL) in Tennessee. The fastest system in the US with a performance of 148.8 petaflops, Summit has 4356 nodes, each housing 22-core Power9 CPUs and six NVIDIA Tesla V100 GPUs.

Next on the list is Sierra, at the Lawrence Livermore National Laboratory in California, with an HPL mark of 94.6 petaflops. Sunway TaihuLight, a system developed by China’s National Research Centre of Parallel Computer Engineering & Technology (NRCPC), is listed at number four, achieving 93 petaflops on HPL.

At number five is Selene, an NVIDIA DGX A100 SuperPOD installed in-house at NVIDIA Corp. Listed at number seven in June, it has since doubled in size, achieving 63.4 petaflops on HPL. Tianhe-2A (Milk Way-2A), a system deployed at the National Supercomputer Centre in Guangzhou, is ranked sixth and achieves 61.4 petaflops on HPL.

A new supercomputer, known as the JUWELS Booster Module, is number seven on the list. The Atos-built BullSequana machine is installed at the Forschungszentrum Jülich (FZJ) in Germany. It achieves a performance of 35.5 petaflops using Intel Xeon Gold CPUs and NVIDIA Tesla V100 GPUs. It is the most powerful system in the list used for commercial purposes at a customer site.

Frontera, a Dell C6420 system that is installed at the Texas Advanced Computing Centre of the University of Texas, is number nine on the list, achieving 23.5 petaflops using 448,448 of its Intel Platinum Xeon cores.

The second new system on the list is Dammam-7, which is ranked 10th. Installed at Saudi Aramco in Saudi Arabia, the HPE Cray CS-Storm system uses Intel Gold Xeon CPUs and NVIDIA Tesla V100 GPUs, and reaches 22.4 petaflops on the HPL benchmark.

The aggregate performance of all 500 systems grew from 2.22 exaflops in June to 2.43 exaflops. Likewise, average concurrency per system grew from 145,363 cores six months ago to 145,465 cores in the current list.

There were, however, a few notable developments in the top 10, including two new systems, as well as a new high water mark set by the top-ranked Fugaku supercomputer. Thanks to additional hardware, Fugaku grew its HPL performance to 442 petaflops, a modest increase from the 416 petaflops the system achieved when it debuted in June 2020.

Other highlights from the TOP500 list include 149 systems using accelerator/co-processor technology, up from 146 six months ago. Intel dominated the TOP500 processor share with over 90% of systems equipped with Xeon or Xeon Phi chips.

Ethernet was used in 254 of the systems, InfiniBand in 182, OmniPath in 47 and Myrinet in one system. The remaining supercomputers use custom interconnects (38) and proprietary networks (six).

The NVIDIA DGX SuperPOD was named the most energy-efficient system on the Green500, achieving 26.2 gigaflops/watt power-efficiency during its 2.4 HPL performance run. MN-3, the previous leader of Green500, slipped into the number two position, despite improving its score from 21.1 to 26.0 gigaflops/watt.

The fifth-ranked system on the Green500 is Selene, with an efficiency of 24.0 gigaflops/watt. With the exception of the MN-3 system, the remaining top five Green500 systems use the NVIDIA A100 GPU as an accelerator. All four of these systems use AMD EPYC as their main CPU.