Would you trust a robot over your manager? Study finds most do 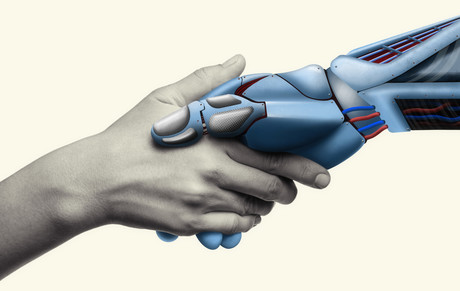 People trust robots more than their managers, with many being “excited” and “optimistic” about and “grateful” for their robot colleagues, according to a new study.

The research — commissioned by Oracle and Future Workplace — explored AI-related attitudes and behaviours of over 8000 employees, managers and human resources (HR) leaders across 10 countries.

According to the study, 82% of respondents said they believe robots can do certain types of work better than their managers, including providing unbiased information, maintaining schedules, problem-solving and managing a budget. Robots were also considered better at answering confidential questions without causing fear of scrutiny.

In fact, 50% of respondents said they’ve sought advice from a robot, rather than their manager, and almost 25% said they do this regularly.

Future Workplace Research Director Dan Schawbel said: “The 2019 study shows that AI is redefining not only the relationship between worker and manager, but also the role of a manager in an AI-driven workplace. Based on the findings, managers will remain relevant in the future if they focus on being human and using their soft skills, while leaving the technical skills and routine tasks to robots.”

Despite this optimism, many respondents still have their concerns about having AI co-workers, with only 50% of respondents worldwide saying they use some form of AI in their workplace and one in five Australian and New Zealand respondents saying they’re nervous about the prospect.

Barriers to adoption include preference for human interaction, security and privacy concerns, fear of job loss among managers or employees, and lack of conviction around AI’s impact.

To help drive AI adoption, respondents said they would like a better user interface, more best-practice training and personalised experiences.

“As this study shows, the relationship between humans and machines is being redefined at work, and there is no one-size-fits-all approach to successfully managing this change. Instead, organisations need to partner with their HR organisation to personalise the approach to implementing AI at work in order to meet the changing expectations of their teams around the world,” said Oracle’s Senior Vice President, Human Capital Management Cloud Business Group, Emily He.