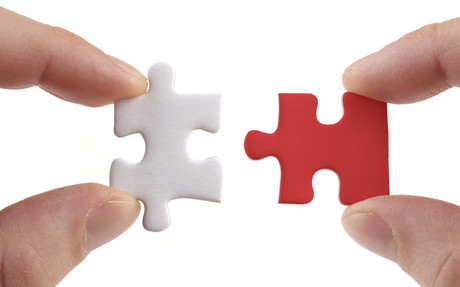 The ACCC could stand in the way of the proposed merger between Vodafone Hutchison Australia and TPG Telecom, due to a series of competition concerns.

The regulator has published a 34-page statement of issues outlining its preliminary evaluation of the impact of the proposed merger on the Australian broadband and mobile markets.

According to ACCC Chair Rod Sims, the regulator has come to the preliminary view that TPG is on track to becoming Australia's fourth mobile operator, and is likely to be an aggressive competitor in the market.

“We therefore have preliminary concerns that removing TPG as a new independent competitor with its own network, in what is a concentrated market for mobile services, would be likely to result in a substantial lessening of competition,” he said.

“If TPG remains separate from Vodafone, it appears likely to need to continue to adopt an aggressive pricing strategy, offering cheap mobile plans with large data allowances. Our preliminary view is the merged TPG-Vodafone would not have the incentive to operate in the same way, and competition in the market would be reduced as a result.”

TPG announced plans in 2017 to invest $600 million to entering the mobile market as a full-fledged mobile network operator. The company has already been providing mobile services over the Vodafone network as a mobile virtual network operator, and has around 421,000 mobile customers.

The ACCC has also expressed concerns that the merger could lessen competition in the fixed line market, given Vodafone’s recent foray into providing nbn services.

“Although Vodafone is currently a relatively minor player in fixed broadband, we consider it may become an increasingly effective competitor because of its high level of brand recognition and existing retail mobile customer base,” Sims said.

Longer term, the merger could also have competition implications given the likelihood that consumers will continue to substitute fixed broadband services for mobile broadband, especially after the rollout of blazing-fast 5G services.

Considering all the issues raised, Vodafone and TPG are facing the very real prospect of having their merger rejected by the regulator.

Besides generally forcing the companies to radically rethink their plans, a rejection could pose additional complications due to their recent decision to establish a joint venture company to bid for 5G spectrum in this month’s 3.6 GHz auction.

The joint venture, Mobile JV Pty Limited, secured 131 lots of spectrum across all available areas for a total of $263.28 million.

At the conclusion of the auction, VHA CEO Iñaki Berroeta stressed the importance of clinching the merger with TPG.

“While VHA has now secured access to 5G spectrum, it is still important that we complete the merger with TPG to create a scale business with a significantly increased ability to invest in networks, new technologies and competitive plans and products for Australian customers,” he said.

In a statement, advocacy group Commpete, an alliance of smaller digital communications providers, praised the ACCC for making what the group called the right call.

“By contrast, the entry of TPG into mobile services, backed by its investment in building its own network, has already pushed prices down dramatically.”

Commpete noted that as part of its inquiry, the ACCC will be looking into the possibility of requiring the merged entity to make network capacity available on a wholesale basis to smaller providers, in a similar way to requirements imposed by regulators in other markets.

The ACCC has separately initiated court action against TPG for allegedly misleading consumers about a $20 “prepayment” for its plans.

TPG had been requiring customers signing up to a plan to prepay $20 to cover costs that might be incurred but are not included in their plan, such as international calls.

According to the ACCC, while a reasonable consumer would expect that the $20 payment would be refunded if it was not used, it is non-refundable. In addition, due to TPG's terms, when a customer’s balance falls below $10 the prepayment is automatically topped up to $20, meaning that at least $10 of the prepayment cannot be used.

“Since March 2013, the ACCC estimates that TPG is likely to have retained millions of dollars paid by consumers in prepayments that were forfeited,” ACCC Deputy Chair Delia Rickard said.

“We have and will continue to take action to hold telcos to account for failing to comply with the Australian Consumer Law.”