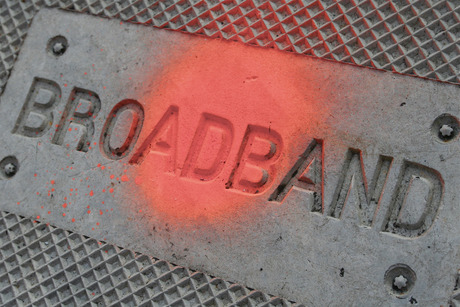 The SBAS will allow retailers to access non-NBN network services that have a downstream data rate normally more than 25 Mbps. This includes the fibre-to-the-basement (FTTB) network operated by TPG’s subsidiary AAPT and Telstra’s fibre networks in South Brisbane and Velocity estates.

“This is an acknowledgment that all superfast broadband networks, regardless of their size, display natural monopoly characteristics,” said ACCC Chairman Rod Sims.

Sims said the access declaration will allow retailers to enter superfast broadband markets, and that competition will increase as a result.

“This decision will also help to simplify and clarify the existing regulations that apply to superfast broadband services, allowing all retail providers to compete on their relative merits, regardless of the technology used, when the network was constructed, or who operates it,” he said.

“The SBAS applies to all Layer 2 superfast broadband services except those supplied on the NBN, HFC networks contracted to be transferred to NBN Co, networks already subject to the LBAS or Domestic Transmission Capacity (DTCS) declarations and those that exclusively supply business, charity and public body end users in central business district (CBD) areas of capital cities (where competition appears to be effective),” a statement from the ACCC said.

The ACCC has also begun a public inquiry into the price and non-price terms of access that should apply to the SBAS. The commission has set interim terms that will apply for the next year while the inquiry takes place.

Citing potential regulatory burden for smaller providers, the ACCC said it has exempted superfast broadband operators that supply fewer than 20,000 customers from the access declaration during this interim period.

TPG’s TransACT/iiNet VDSL network and its HFC network in regional Victoria will also be exempt from the access declaration during the interim period, “to allow sufficient time for these networks to be reconfigured to supply an SBAS product”, the ACCC said.

More information — including specifics on interim prices — is available at the ACCC website.

Oracle has entered into a definitive agreement to acquire NetSuite for approximately US$9.3 billion (about AU$12.25 billion).

“Oracle and NetSuite cloud applications are complementary and will coexist in the marketplace forever,” said Mark Hurd, chief executive officer, Oracle. “We intend to invest heavily in both products — engineering and distribution.”

Evan Goldberg, NetSuite’s founder, CTO and chairman, described the acquisition as “a winner for NetSuite’s customers, employees and partners”.

In an FAQ on the merger, Oracle said that NetSuite customers should continue to contact NetSuite for customer support.

“NetSuite customers should continue to use existing NetSuite contacts for support, professional services and sales to address immediate and ongoing needs. We will communicate all changes and transitions occurring after the close of the transaction well in advance through these familiar channels,” the FAQ said.

Oracle also said that it will continue to support NetSuite’s partners.

“Oracle values the extensive NetSuite partner community. Partners should continue to use existing NetSuite contacts to address immediate and ongoing needs. If contact information changes, we will communicate these changes through normal channels. Oracle partners may also use their existing Oracle channels for support to answer any questions,” the FAQ said.

Oracle has established an information page regarding the transaction.

LogMeIn to merge with GoTo

LogMeIn and Citrix have revealed plans for LogMeIn to combine with Citrix’s GoTo business, in a Reverse Morris Trust transaction.

The transaction has been unanimously approved by the boards of both Citrix and LogMeIn.

LogMeIn and Citrix have valued the deal at approximately US$1.8 billion (about AU$2.38 billion).

Kirill Tatarinov, president and CEO of Citrix, said: “Given that we have already been working towards a spinoff of GoTo, we expect this to be a smooth transition for the business.”

More details on the transaction are available at LogMeIn’s website.

Image courtesy Gavin St. Ours under CC BY 2.0