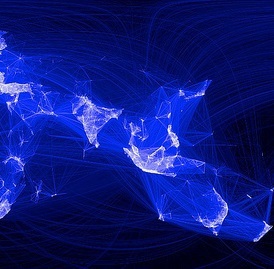 Australia was one of only four countries in the world to achieve average peak mobile internet connection speeds above 100 Mbps in the first quarter, but the nation's fixed internet speeds remained unimpressively low.

These are among the findings of Akamai’s latest State of the Internet report. The report shows that Australia continued to register the highest average peak mobile speeds in APAC at 147.6 Mbps.

But with average peak fixed line connection speeds of just 43.8 Mbps, Australia ranked a mere 56th on the global leaderboards. Although this was an increase of four places since last quarter’s report, speeds increased only 6.8% year-on-year — the smallest gain in the APAC region.

These declines occurred despite adoption rates improving to 78%, 23% and 10% respectively. The largest gains were recorded in 15 Mbps adoption, which increased 50% year-on-year.

Australia meanwhile remained in 48th position in terms of average connection speeds at 8.8 Mbps. This represented a 7.7% increase over the previous quarter and a 15% increase year-on-year.

“Live sports will be at the forefront this summer as we prepare for the games in Brazil, with expectations that this year’s events will be watched by more online viewers than ever,” said David Belson, editor of the State of the Internet Report.

“Global connection speeds have more than doubled since the summer of 2012, which can help support higher quality video streaming for bigger audiences across even more connected devices and platforms.”