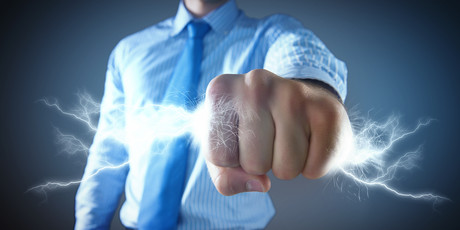 Strong connection growth enabled nbn co to increase its revenue for the first nine months of the financial year by 112% year-on-year to $1.4 billion, according to the company’s third-quarter results.

Earnings before interest and taxation (EBIT) for the nine-month period grew 23% to $3.334 billion.

Revenue for the third quarter meanwhile nearly doubled to $521 million, but pre-tax profit fell 10% to $937 million. Average revenue per user increased by $1 to $43.

The total number of active premises increased 85% year-on-year to 3.72 million. Premises ready for service increased 62% over the same period to 7.5 million, but only 6.5 million of these are actually ready to connect.

According to the report, nbn co remains on track to complete 75% of the network build by the end of calendar 2018 and complete deployment by 2020.

“These results demonstrate the progress we’re making on our top three priorities, which are to complete the build by 2020, improve the end-user experience and deliver a modest return on the taxpayer’s investment,” nbn co CEO Bill Morrow said.

“We’ve shown stable performance against our long-term goals on the build side and significant improvements on customer experience. Our monthly progress report demonstrates that our customer experience program is working, and we know there’s more to do to get this right. The nbn co team, delivery partners and RSPs are working quickly to make improvements across the industry for a better experience for all.”

Take-up of 50 Mbps nbn speed plans surged in the first quarter as a result of the nbn’s wholesale price cut promotion, the ACCC has meanwhile revealed.

The portion of nbn subscribers on 50 Mbps plans grew to 26% during the quarter, up from just 4.6% in December, the regulator’s latest Wholesale Market Indicators report shows.

Meanwhile, the number of 50 Mbps services being acquired jumped from 158,959 to 989,360. The company’s latest progress report released in April meanwhile showed that the portion of customers on 50 Mbps or higher plans increased to around 37%, or 1.3 million.

This is a result of the Focus on 50 promotional campaign, which involved temporarily reducing the price of 50 Mbps access virtual circuit (AVC) connections while offering a credit for retailers acquiring 50% more connectivity virtual circuit (CVC) per user.

As a result of this promotion, major nbn providers agreed to automatically upgrade customers subscribed to 25 Mbps plans to 50 Mbps plans.

While the price cuts were only temporary, nbn co has previously signalled that more permanent price reductions are on the way.