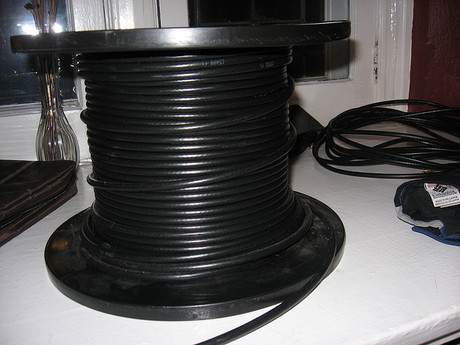 NBN Co has negotiated a revised agreement to progressively take over parts of Telstra's copper and HFC networks, as well as a deal to acquire elements of Optus’s HFC network.

The new deal will see NBN Co progressively take ownership of parts of Telstra’s copper and hybrid fibre coaxial (HFC) networks, concentrating on areas due to be served by those technologies as part of the NBN rollout.

The government’s original deal with Telstra allowed the NBN to access the operator's assets including ducts, pits and exchanges, but not its copper or HFC assets.

Announcing the deal, NBN Co CEO Bill Morrow said it will pave the way for all Australians to have access to fast broadband by 2020, with the revised rollout calling for the network to pass around 12 million homes and businesses by 2020.

“This deal will bring down the overall cost of building the NBN and enable us to complete the rollout much earlier than originally anticipated with less disruption to residents and communities,” he said.

“What’s more, making use of technologies such as copper and HFC - rather than decommissioning them - enables Australia to capitalise on the significant investments being made globally in broadband technology.”

In a statement, communications minister Malcolm Turnbull said the revised agreement honours the government’s commitment that Telstra will be “kept whole” for its 1.4 million shareholders.

The revised agreement requires the approval of ACMA and is subject to a number of other conditions. NBN Co is separately negotiating with Telstra regarding the provision of planning, design, construction and maintenance services for the NBN, but these discussions have not yet been concluded.

NBN Co has reached a separate agreement with Optus to add more HFC assets to the network. Under this deal, Optus will progressively transfer ownership of its coaxial cable assets to the NBN while maintaining control of its aerial fibre assets.

Optus and NBN Co will also share spectrum within the coaxial network with NBN Co, in order to allow the company to offer services over the infrastructure before taking full ownership. This deal also requires approval from ACMA

Optus’ original NBN agreement would have involved shutting down its HFC network and offering its high-speed broadband services over the national network.

In a statement, Optus CEO Allen Lew said the company “has been a vocal advocate for fixed line competition for many years. The NBN offers the potential to provide more choice and competition for all Australians and puts us a step closer to creating a level playing field in Australia’s retail broadband market. Anything that speeds up the rollout of the NBN and increases the size of the contestable national broadband market is good for innovation and competition.”

As of this month there are around 309,000 homes and businesses connected to the NBN, from a total of around 718,000 premises that are now able to connect.

The government’s revised multi-technology rollout model calls for all Australian homes and businesses to have access to speeds of at least 25 Mbps, with the majority of premises in the fixed-line footprint to have access to 50 Mbps speeds. This compares to Labor’s plan to cover 93% of the population with speeds of at least 100 Mbps using fibre-to-the-premises (FTTP) technology.

The Coalition claims that the new model will allow taxpayers to save around $30 billion in rollout costs, and allow NBN Co to bring forward completion of the network by around four years.