nbn rollout ahead of schedule 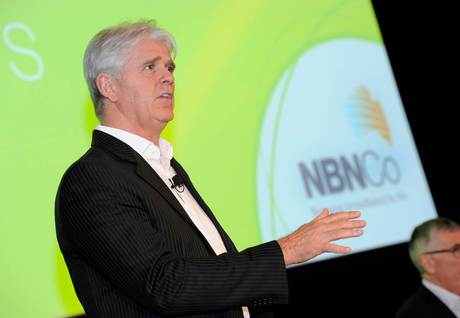 The nbn rollout is proceeding ahead of schedule, with nbn the company revealing that it has exceeded its targets for the past 12 months.

As of the end of June, the number of premises able to order an nbn connection reached 1.2 million, just under double the number of serviceable premises from a year earlier.

The company also more than doubled the number of active end users to 486,000 and increased its telecommunication service revenues from $60 million to $161 million. Average revenue per user (ARPU) meanwhile improved from $37 to $40 per month.

CEO Bill Morrow commented that nbn “has not only met its targets; it has exceeded them. The achievements of the past 12 months — including the recent regulatory approval of the Telstra agreement and the draft approval of the Optus deal — give us confidence that we can continue to accelerate the build.”

Morrow said nbn also made solid progress in the transition to a multitechnology rollout model, completing construction for the first 20,000 fibre-to-the-node premises and commercially launching fibre to the building services.

Outside the fixed footprint, nbn lined up plans to launch the first of two planned long-term satellites in October. The company also piloted the delivery of wholesale speeds of up to 50 Mbps via its fixed wireless footprint.

The company has now published its updated corporate plan, stipulating the goal of having 4.4 million active connections and 9.1 million homes and businesses ready for service by 2018.

“This is a bold plan that puts us in striking distance of our ultimate goal of delivering better broadband to every Australian by 2020,” Morrow said.

In a statement, Communications Minister Malcolm Turnbull said under the corporate plan, around 75% of Australians will have access to NBN services by June 2018.

But he was forced to acknowledge that anticipated peak funding for the project will be higher than estimated while the government was pushing the multitechnology model.

The updated corporate plan estimates peak funding requirements of between $46 billion and $56 billion, with a base case of $49 billion. During the 2013 strategic review into revising the model, nbn had estimated peak funding of $41 billion.

But Turnbull said the government’s equity contribution is expected to remain at $29.5 billion.