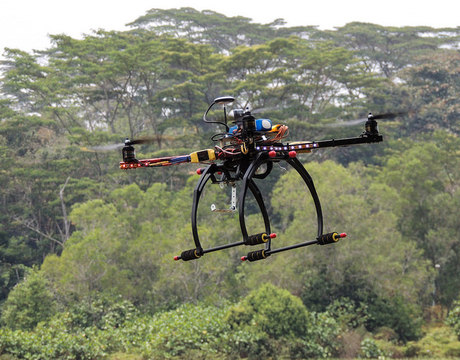 Nokia Networks and UAE telecom operator du are trialling a novel use of drone technology — speeding up network planning and optimisation.

The companies have completed a proof-of-concept trial on du's live network a the Dubai International Stadium.

During the pilot, telco drones were used to help with automated testing as part of efforts to improve network optimisation before and during large events, as well as tower inspections, radio planning and line-of-sight testing.

Drones were able to cover a testing area far quicker than humans could achieve during manual walk tests. Using drones to aid in tower inspections resulted in a reduction in the number of times technicians needed to scale a telecom tower, minimising safety risks.

"Drones are becoming a common phenomenon across the world and multiple sectors are embracing the benefits drones bring, such as faster deliveries in logistics or delivering emergency services in health care," he said.

"In the telecoms sector, certain operators have already embraced the use of drones for telecom tower audits, and we are proud to be able to demonstrate multiple use cases using drones with du in the UAE."

Nokia and du believe that telco drones will be a key component of the smart cities of the future.