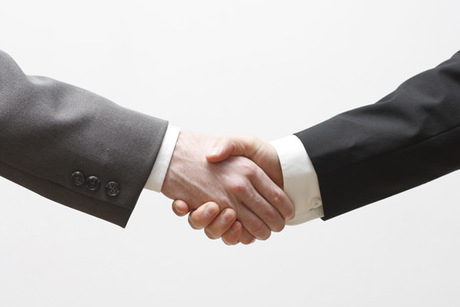 Telstra and nbn have agreed to negotiate a contract for Telstra to support the NBN rollout in areas covered by the operator’s hybrid fibre coaxial (HFC) footprint.

The two companies have signed a memorandum of understanding to finalise a contract covering the design, engineering, procurement and construction of the NBN network in the HFC footprint. The contract is expected to be ready for signing in early 2016.

As part of the deal Telstra has also agreed to undertake early works to support the construction of the HFC component of the network while the contract is negotiated. This will include preparing NBN exchange locations for connection and early HFC planning and design work.

In addition, Telstra has picked up two new contracts to serve as one of the network operations and maintenance services providers to nbn.

The contracts have a combined first-year revenue of around $80 million, and have terms of three and four years respectively, and involve fixing faults on the copper and FTTN networks and undertaking new connection activities.

“We have said all along that we are committed to providing whatever commercial services nbn needs to meet its business objectives,” he said.

“We have already engaged in work with nbn such as the successful 1000-node trial including FTTN node design and construction and further design work under NBN Planning and Design Services Agreement.”

According to nbn CEO Bill Morrow, the company is also negotiating similar design and construction management arrangements with Optus.

“To optimise the network build and provide access to an excellent service for Australians, united partnerships with the construction and telecommunications industry are a key priority,” he said.

“This year we have reset our relationships with the industry by improving the way we collaborate and structure competitive, flexible agreements with our partners.”

Image courtesy of 드림포유 under CC