Web traffic surged 35% in Sydney and Melbourne in 2020 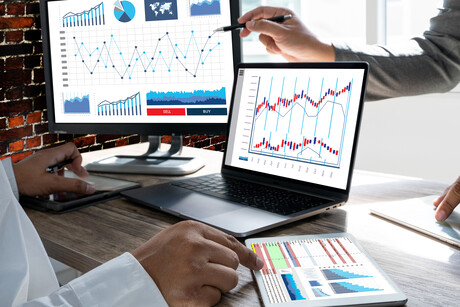 Internet traffic surged 35% since the lockdowns in Sydney and Melbourne commenced in March, according to Cloudflare's Year in Review 2020.

Data released by the company shows that as lockdowns began in March in both cities, traffic surged to almost 35% more than traffic levels at the start of January, and remained that high consistently for most of the year.

While traffic decreased towards the end of the year, it was still more than 30% higher than traffic at the start of the year, suggesting that the experience has led to permanent shifts in Australians' digital habits, Cloudflare said.

The report found that the the most popular online destinations for residents of the two cities were entertainment sites (21.1% in Sydney, 20.2% in Melbourne) followed by economy and ecommerce sites and technology sites.

In July 2020, 17.5% of total traffic in Sydney was towards ecommerce sites. In Melbourne the strongest month was October, with 20.1% of total internet traffic going to ecommerce domains.

Meanwhile, traffic to technology websites averaged 14.2% in Melbourne and 14.8% in Sydney throughout the year.

By contrast, traffic to travel websites predictably dropped drastically in both cities, falling 68% in Sydney and 74% in Melbourne in April compared to January.

But by December, traffic to travel websites had recovered partially to 60% and 65% of their January 2020 levels in Sydney and Melbourne respectively.

The data also shows that traffic to malicious websites was 180% and 200% higher in Melbourne and Sydney respectively in December 2020 compared to January 2020 as cybercriminals took advantage of the pandemic.

The most popular attack vectors in the two cities were command injection attacks, with other popular methods including uploading backdoors, PHP and SQL code injection, and the use of fake search engine bots.

The company said it was forced to exclude simple layer 7 DDoS attacks from the list “due to their overwhelming prevalence throughout the year”.

Elevating the student experience in the digital era