Bonded broadband a shot in the arm for 50 Kaliber Films

Growth at video media specialist 50 Kaliber Films in inner-city Melbourne meant that the company needed to increase the download and upload speeds of its internet connection.

The company produces corporate films for use in web applications, corporate videos and web-based marketing. With average client file sizes of around 90 MB and master files up to 2 GB, 50 Kaliber’s ADSL2+ connection just wasn’t up to the task.

Managing Director Dieter Kahsnitz said typically more than 20 client files and several master files would be uploaded every day via its FTP site. 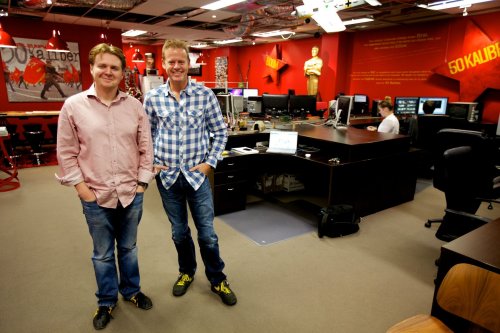 “It was just taking too long for file transfers and was affecting staff productivity. We looked at upgrading to new technology such as SHDSL and ethernet over copper, but these are quite costly,” said Kahsnitz.

To facilitate these transfers, the company opted for an IP broadband bonding system from Fusion Broadband, which joins multiple broadband connections together, creating one connection.

The network at 50 Kaliber is built across two offices. Each office has an ADSL2+ Annex M service. The main production office has the most bandwidth intensive requirements for downloading and uploading. 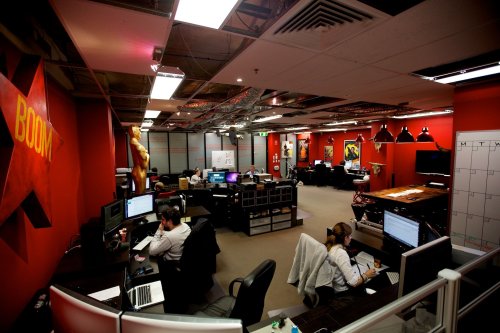 Between each office is a VPN, which is used to manage data transfers as well as VoIP calls. The bonding system installation involved adding a second ADSL2+ line into the main office.

With the new system, the original Billion ADSL2+ modem/router is retained. The bonding system is physically installed between 50 Kaliber’s existing router and two external ADSL modems. All other settings and VPN functions are retained. The only changed setting is that the existing modem router is now used as a router only.

The speeds of both of 50 Kaliber’s connections were tested before the installation. The results showed downlinks of 13 and 12 megabits per second, and uplink speeds with an average of 1.6 Mbps and 800 Kbps.

Should any of the connected services fail some internet connectivity remains, as long as one line is active.

If 50 Kaliber should need more bandwidth in future, the company can continue to add xDSL connections, to a maximum of six.