In late 2010, Sibelco, a processor and supplier of raw materials for the primary and manufacturing industries, had a problem. Its sprawling IT infrastructure was suffering from slow network speeds and poor data transfer capacity.

Responsible for the IT to support 40 sites across Australia and New Zealand, Paul Payne, Sibelco’s network administrator for ANZ, knew that the issue was impacting the efficiency of the company’s workforce and even affecting morale. He also knew that option number one, upgrading all the network lines, wasn’t really an option after the company’s telecommunications provider quoted a staggering range of $150K to $800K to upgrade a single site. Not only that, but some of the sites were too remote for the provider to even consider upgrading.

Part of Sibelco’s network challenge came from the many centralised, bandwidth-intensive applications needed by staff on a daily basis such as Pronto, WebLIMS and INX. This challenge was compounded by the strain caused by the frequent emailing of the extremely large files required to support a company that supplies advanced industrial minerals for a diverse range of activities globally, including glass, ceramics, construction and engineering, metallurgy and casting, oil and gas recovery, and environmental protection. 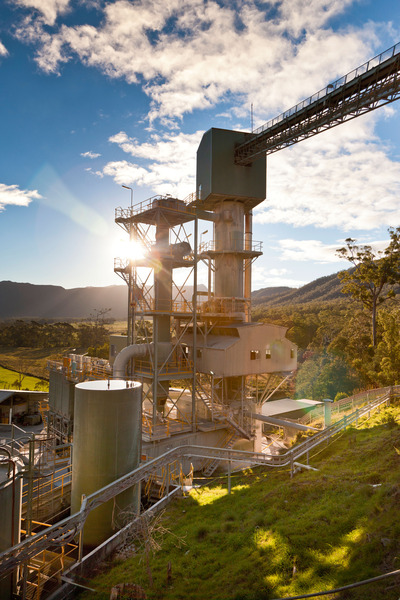 From the start, Silbeco staff noticed improvements to productivity and performance. After a Riverbed unit went in at Miles in Qld, an accounting form that used to take up to eight hours to complete took only 25 minutes.

Sibelco authorised a full rollout of Riverbed’s solutions for its network. The implementation involved: 40 Steelheads; a Central Management Console (CMC), which enables network managers to configure, monitor, report on and upgrade groups of Steelhead appliances via one web-based interface; and Cascade, an application which provides a single view of all network data, allowing network managers to troubleshoot network performance and address security issues.

With the units in place, Sibelco’s end-user experience became up to 80 times faster than the line speed. ‘Pre-population’ of files and emails heavily reduced the amount of data transferred, since any data remaining the same was remembered by the Steelheads. An email signature, once seen, was never sent or received again, even though the recipient saw the full email exactly as intended.

Sibelco found that the solution had empowered it to run faster and more efficiently, while delivering consistent service levels. The CMC simplified the deployment and management of Steelhead units across the WAN. With this solution, Sibelco can easily configure, monitor, report on and upgrade groups of the appliances.

The company also gained application-aware network performance management that enabled end-to-end visibility and monitoring. Sibelco enhanced its network with other Riverbed products such as Stingray, a traffic manager running on a Steelhead RSP slot.

“As Riverbed supports the Steelhead hardware, operating system, system configuration as well as RSP, it only takes a single support ticket to resolve a fault. It makes sense to have Stingray supported by the same team that has always provided us with prompt, expert help,” said Payne.

Overall, the Riverbed solution has saved employees hours of frustration and waiting time. The solution cost Sibelco between 2% and 7% of the solution offered by the telecommunications provider, which even at up to $800K per site would have only doubled the existing speed.