Google contractors can listen to your conversations 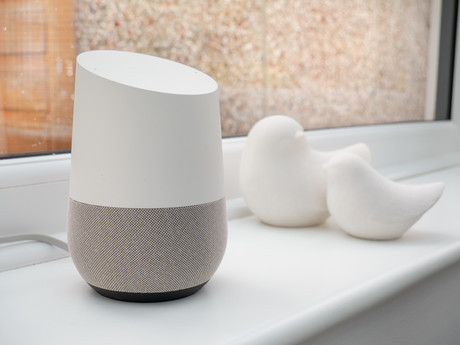 Google contractors regularly listen to, review and transcribe some of the audio recorded by Google Assistant via smartphones or smart speakers such as Google Home.

The news, confirmed by Google in a blog post on Thursday, comes after VRT NWS obtained and reported on over 1000 Dutch audio recordings which had been leaked by one of the reviewers.

In the blog post, Google Search Product Manager David Monsees explained that the company partners with language experts around the world who review and transcribe around 0.2% of all audio snippets to help improve the speech technology.

He added that the data breach — and not the recordings or the people listening — was the real problem and that the company is investigating the matter.

“We are conducting a full review of our safeguards in this space to prevent misconduct like this from happening again,” Monsees said.

While this information may come as a surprise to many, Google’s privacy policy has stated that the company collects “voice and audio information when [people] use their audio features” since May 2018.

It’s also said that it allows Google employees, contractors and agents to access personal information if they need that information in order to “operate, develop, or improve” the company’s services since October 2005.

According to Monsees, Google tries to protect users’ privacy during the review process by dissociating audio snippets from their accounts. Additionally, reviewers are directed to only transcribe snippets addressed to Google and to ignore any background conversations or other noises.

However, VRT NWS found these measures may not be enough. According to the Belgian broadcaster, several leaked recordings contained addresses and other sensitive information which allowed them to easily track down the people involved.

Google Assistant can be turned off or users can set their Google account to auto-delete recorded data after every three or 18 months.

Google Assistant is available on more than 1 billion devices, including smartphones and smart speakers.