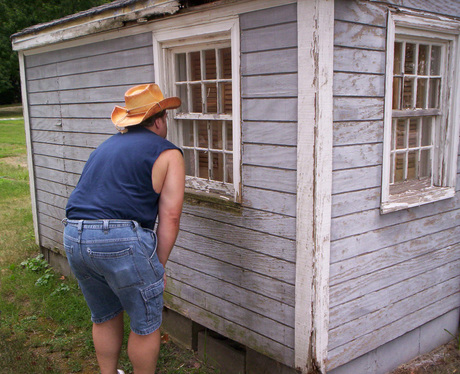 The Australian Government has dropped its plans to require ISPs to retain customer metadata for up to two years - at least for now.

The federal Attorney-General, Mark Dreyfus, announced the turnaround late yesterday, following the release of a report by the Parliamentary Joint Committee on Intelligence and Security into proposed changes to telecommunications and national security legislation.

Following the report’s release, Dreyfus said the government would consider the report’s 43 recommendations, and develop a package of measures for further public consultation, but would not pursue a data-retention scheme at present.

“Accordingly, the government will not pursue a mandatory data-retention regime at this time and will await further advice from the departments and relevant agencies and comprehensive consultation.”

Pay special attention to the phrase “at this time”.

In the past, the government has suggested that a data-retention scheme would help law enforcement solve crimes.

In September 2012, then-Attorney-General Nicola Roxon said that “many investigations require law enforcement to build a picture of criminal activity over a period of time” and that “without data retention, this capability will be lost.”

Scott Ludlam, communications spokesperson for the Greens, said the government should ditch the plan entirely.

“98.9% of public submissions to the National Security Inquiry were opposed to mandatory data retention. This report refused to endorse data retention and condemned government's secretive approach. Today the government must respect the will of the vast majority of Australians and abandon a scheme that would treat all 22 million of us as suspects,” he said in a statement.

Fairfax quoted Ludlam as saying that the shelving of the proposal was a “temporary win.”

“When it gets close to an election and you’ve got something that's really glaringly unpopular and toxic . . . [the government] say they will ‘not be proceeding with this at this time’,” Ludlam said in an interview. "But we know with this proposal . . . that we are going to need to stay continually vigilant because it’ll come back in a different form."

According to the report, the committee had a “diversity of views” around the topic of mandatory data retention, and it should be up to the government to decide if such a scheme should be adopted.

While the report abstained from making a recommendation on going ahead with a data-retention scheme, it did provide a possible scheme should the government decide to adopt one. Details are available at Crikey and delimiter.

In the report, committee chair Labor MP Andrew Byrne criticised the Attorney-General’s department for its reluctance to explain what it actually wanted from a data-retention scheme.

“One of the most controversial topics canvassed in the discussion paper - data retention - was only accorded just over two lines of text,” the report said.

“This lack of information from the Attorney-General [Nicola Roxon at the time] and her department had two major consequences. First, it meant that submitters to the Inquiry could not be sure as to what they were being asked to comment on. Second, as the Committee was not sure of the exact nature of what the Attorney-General and her department was proposing it was seriously hampered in the conduct of the inquiry and the process of obtaining evidence from witnesses.”

The report also noted that the Attorney-General’s Department had already undertaken work around a data-retention scheme.

“Importantly, the Committee was very disconcerted to find, once it commenced its Inquiry, that the Attorney-General’s Department (AGD) had much more detailed information on the topic of data retention. Departmental work, including discussions with stakeholders, had been undertaken previously. Details of this work had to be drawn from witnesses representing the AGD,” it said.