HDD crashes most common cause of data loss 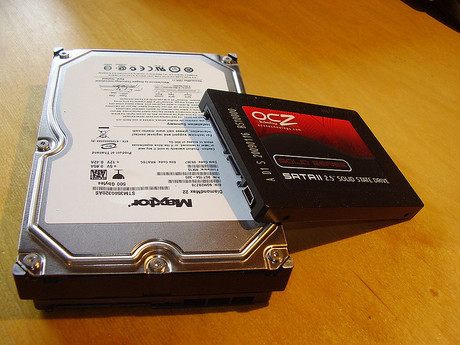 Hard disk drive (HDD) crashes are still the most common cause of data loss in Australia, according to research from data recovery vendor Kroll Ontrack.

A survey of Kroll Ontrack’s Australian customers shows that 65% named HDD crashes or failures as the cause for their most recent data losses. By comparison, solid state drives (SSD), the next most common cause, were responsible in just 16% of cases.

The main reason for the high proportion of incidents involving HDDs is the fact that they remain the most common storage option - HHDs are on pace to outsell SSDs three to one in 2014, Kroll Ontrack General Manager for APAC Adrian Briscoe said.

“There are simply more hard drives in circulation because they are cost effective and manufacturers have perfected their design and production,” he said. “As a result, HDDs comprise the vast majority of the data recoveries we address.”

The increased reliability of SSDs due to the lack of moving parts may be another factor behind the disparity.

Briscoe said the research shows that data loss impacts every type of storage from consumer equipment up to enterprise grade. Around 12% of survey respondents indicated that tablets or smartphones were the cause of their most recent data loss and 7% named RAID storage or virtual services.

“Storage media fails regardless of type; it is just a matter of when,” he said. “To avoid such a failure, one should regularly defrag their computer, check its storage capacity and run antivirus software as well as hard drive monitoring software.”

Enterprises and individuals should also have working redundancies including regular backups and a continuity plan in the event of a loss.

This last tactic is important in light of the fact that 27% of businesses globally reported that their most recent loss disrupted a business process, Briscoe said.