More data storage? Here’s how to fit 1000 terabytes on a DVD 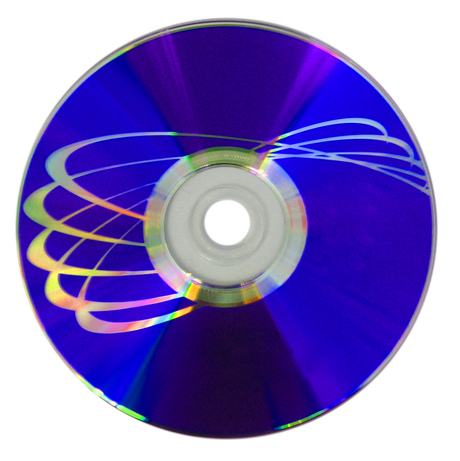 We live in a world where digital information is exploding. Some 90% of the world’s data was generated in the past two years. The obvious question is: how can we store it all?

In Nature Communications today, we, along with Richard Evans from CSIRO, show how we developed a new technique to enable the data capacity of a single DVD to increase from 4.7 gigabytes up to one petabyte (1000 terabytes). This is equivalent of 10.6 years of compressed high-definition video or 50,000 full high-definition movies.

So how did we manage to achieve such a huge boost in data storage? First, we need to understand how data is stored on optical discs such as CDs and DVDs.

The basics of digital storage

Although optical discs are used to carry software, films, games and private data, and have great advantages over other recording media in terms of cost, longevity and reliability, their low data storage capacity is their major limiting factor.

The operation of optical data storage is rather simple. When you burn a CD, for example, the information is transformed to strings of binary digits (0s and 1s, also called bits). Each bit is then laser ‘burned’ into the disc, using a single beam of light, in the form of dots.

The storage capacity of optical discs is mainly limited by the physical dimensions of the dots. But as there’s a limit to the size of the disc as well as the size of the dots, many current methods of data storage, such as DVDs and Blu-ray discs, continue to have low-level storage density.

To get around this, we had to look at light’s fundamental laws.

In 1873, German physicist Ernst Abbe published a law that limits the width of light beams.

On the basis of this law, the diameter of a spot of light, obtained by focusing a light beam through a lens, cannot be smaller than half its wavelength - around 500 nanometres (500 billionths of a metre) for visible light.

And while this law plays a huge role in modern optical microscopy, it also sets up a barrier for any efforts from researchers to produce extremely small dots - in the nanometre region - to use as binary bits.

In our study, we showed how to break this fundamental limit by using a two-light-beam method, with different colours, for recording onto discs instead of the conventional single-light-beam method.

Both beams must abide by Abbe’s law, so they cannot produce smaller dots individually. But we gave the two beams different functions:

The two beams were then overlapped. As the second beam cancelled out the first in its donut ring, the recording process was tightly confined to the centre of the writing beam.

This new technique produces an effective focal spot of nine nanometres - or one ten thousandth the diameter of a human hair.

Our work will greatly impact the development of super-compact devices as well as nanoscience and nanotechnology research.

The exceptional penetration feature of light beams allows for 3D recording or fabrication, which can dramatically increase the data storage - the number of dots - on a single optical device.

The technique is also cost-effective and portable, as only conventional optical and laser elements are used, and allows for the development of optical data storage with long life and low energy consumption, which could be an ideal platform for a big data centre.

As the rate of information generated worldwide continues to accelerate, the aim of more storage capacity in compact devices will continue. Our breakthrough has put that target within our reach.

Min Gu is a Laureate Fellow of the Australian Research Council.

Yaoyu Cao and Zongsong Gan do not work for, consult to, own shares in or receive funding from any company or organisation that would benefit from this article. They also have no relevant affiliations.

This article was originally published at The Conversation. Read the original article.