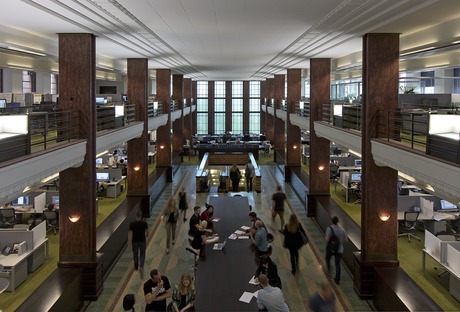 Much of M&C Saatchi’s work is highly visual, and at times, its designs and campaigns place a heavy toll on the company’s computer systems, with an estimated 37 terabytes of production data to manage.

When Ed Barrett arrived to take on the role of infrastructure manager at M&C Saatchi 18 months ago, the support and maintenance agreement covering the firm’s storage system was just about to end. To provide ongoing service, the vendor was asking for an annual fee of $80,000.

“This seemed extremely expensive for one year of support, and since we were approaching system capacity anyway, I thought it would be a good time to start looking elsewhere,” Barrett said.

Also, M&C Saatchi had only recently concluded a business continuity review which found the company was not in a position to meet recovery time objectives if a disaster, or computer failure, occurred.

Barrett set out to find a new solution. M&C Saatchi’s IT partner, Nexus, suggested he take a look at Nimble. Before finalising his decision, Barrett arranged to borrow and test one of the vendor’s CS210 solutions.

“We tested the storage solution for three weeks, which gave me enough time to well and truly put it through its paces. We placed some production workloads onto the system and I was very impressed with how everything went,” he said.

“The main thing that appealed was its combination of performance and capacity. It was able to scale quite well and we knew we could add to it if required. The fact it offered built-in replication solved a problem for us. Other than that, it was extremely simple to use. On the physical side, the footprint of the box was much smaller than our existing solution and smaller than the alternatives we looked at. With rack space at a premium, it was important for us to maximise the use of space.

“On top of all of this, with Nimble we were looking at greater performance for a lower cost. This was obviously quite a positive point,” Barrett said.

Working with Nexus, a solution was designed involving two identical arrays based on Nimble CS260Gs. Using a mixture of hourly, weekly and monthly snapshots, data from the primary array would be continually replicated to the secondary array, ensuring a fast recovery of data and return to business in the event of a disaster.

Implementation and migration of data began in early 2013 and was completed by mid-year. Following that, Barrett said, “It took less than a day for Nexus to set up the primary array. We set up the secondary array ourselves in less than an hour. The solution has been running continually from the moment we switched everything over. There’s been no downtime at all.”

Today, operating within a VMware virtual environment with 30 virtual machines, the solution contains around 37 terabytes of data out of a capacity of 55 terabytes. Barrett estimates that one terabyte is taken up with Exchange email data; a few hundred gigabytes are dedicated to SQL databases, while the remainder contains production file shares.

“We noticed increased performance from the get-go and file loads are noticeably quicker. For the first time we know we have the performance to handle any kind of workload we want to put through the system,” Barrett said.

Disaster recovery and backup procedures have improved and backup data is much more secure thanks to the replication of data across the system.