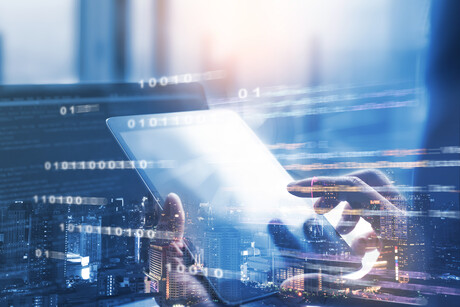 Shipments of detachable tablets grew 27.9% during the quarter, as Microsoft and Apple helped push the form factor with their respective products. The increase was fuelled by the recent emphasis on productivity, flexibility and ease of use. Additionally, backlogs for PCs led some consumers to purchase detachable tablets in place of notebooks. Meanwhile, slate tablets also grew 13.7% during the quarter, as consumers sought ways to stay entertained.

Anuroopa Nataraj, Research Analyst with IDC’s Worldwide Quarterly Personal Computing Device Tracker, attributed the rise in consumer demand for tablets to the increase in work from home and online learning.

“However, the category is not expected to retain this momentum in the long term as it still faces immense competition from notebooks and smartphones,” said Nataraj.

Apple led the tablet market with 36.5% market share during 4Q20, driven by the launch of the iPad 10.2″ and iPad Air 10.9″ tablets in the last two quarters. With pandemic restrictions still in effect and remote learning still the primary mode of teaching, there were severable deployments of iPads in the education sector.

Samsung retained second place with a 19.4% share and YoY growth of 44.9%, shipping 10.1 million units in the quarter and 31.3 million units for 2020. Samsung is still the largest provider of Android slate tablets, with products such as the Galaxy Tab A and Galaxy Tab S6 Lite. The vendor’s attempts to make Android more usable in detachable form have helped the brand maintain a premium over other Android competitors.

In third place, Lenovo recorded global shipments of 5.6 million units and 120.6% YoY growth in 4Q20. Slates accounted for the majority of Lenovo’s tablet sales, while the launch of the Chromebook Duet fuelled Lenovo’s detachable portfolio, producing a gain of nearly 2.5 percentage points.

Amazon.com captured fourth place, with 7.6% YoY growth and shipments totalling 3.6 million in 4Q20. The United States was the biggest market for Amazon tablets, followed by Western Europe. Amazon’s sales were supported by its budget-friendly tablets and the Fire Kids edition tablets, which have increased in popularity during the pandemic as parents searched for ways to keep their children indoors and entertained.

Huawei rounded out the top five, with 3.3 million units and a YoY decline of 25.7% in 4Q20. US sanctions continued to delay the company’s plans for success; however, its strong presence in China remains a bright spot.