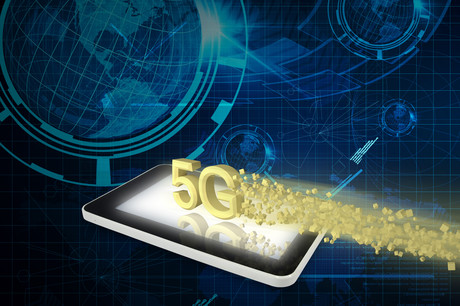 According to a new study, nearly half of all mobile connections in North America will be running on 5G networks by 2025.

The latest edition of the GSMA’s flagship Mobile Economy series suggests that the region will migrate to 5G at a much faster rate than comparable markets in Europe and Asia.

The study predicts there will be around 200 million 5G mobile connections in the USA and Canada by 2025, representing 49% of the projected total market by that point. It also calculates that North America’s mobile ecosystem generated more than $830 billion in economic value last year, equivalent to 4% of the region’s GDP.

“Mobile operators in North America are now making record levels of investment to upgrade networks and acquire spectrum as we commence the 5G era,” said Mats Granryd, Director General of the GSMA.

“With nationwide mobile broadband coverage and high levels of smartphone ownership, consumers across the US and Canada are highly engaged and early adopters of new types of digital service and content — and we therefore expect these two markets to migrate rapidly over to new 5G networks over the coming years.”

4G is currently the dominant mobile technology in North America (accounting for 70% of connections in 2017) and will continue to grow until next year, when 5G will begin to make an impact. US operators will launch the first commercial 5G networks by this year, with operators in Canada expected to launch 5G in 2020. It is expected that by 2025, the 5G adoption rate in North America (49% of connections) will be significantly ahead of Europe (30%) and key Asian markets such as China, Japan and South Korea (30%, aggregate).

The number of unique mobile subscribers in North America exceeded 300 million in 2017, representing 84% of the population, the second-highest subscriber penetration rate globally, behind Europe. The subscriber base is forecast to increase to 328 million by 2025, lifting the penetration rate to 86%.

“The early 5G use cases in the region are likely to focus on the provision of enhanced mobile broadband offerings to the consumer market, while services in areas such as autonomous vehicles, industrial and vehicular automation, remote medical surgery, and advanced AR and VR, will gain scale soon after.”

The new report ‘The Mobile Economy: North America 2018’ is authored by GSMA Intelligence, the research arm of the GSMA. To access the full report and related infographics, click here.