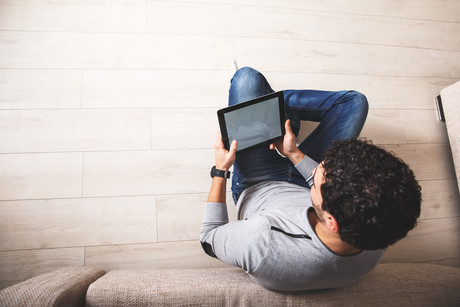 Tablet sales in Australia have stabilised, with a marginal sales increase of just 1% from one year ago.

This is according to new research from Telsyte, which found that a total of 1.65 million tablets were sold in Australia during the second half of 2017.

Apple iPad sales bounced back in the second half of 2017 compared to a year ago (up 6%), mainly due to a replacement cycle driven by the new budget-friendly 9.7″ iPad and an overall increase in interest for the iPad Pro series, which has been positioned as a PC replacement device.

The Telsyte Australian Tablet Computer Market Study 2018 found sales of Android-based tablets continued to disappoint, falling by 16% compared to the second half of 2016. Samsung and Lenovo held their positions as the largest Android tablet vendors in Australia, but other device makers have turned their focus to Windows 10 tablets and 2-in-1s in place of Android. 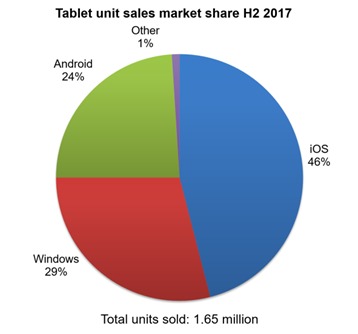 Telsyte’s latest research shows demand for 2-in-1 tablets — or tablets which can also be used as a computing device (with keyboard) — is approaching mainstream acceptance. These tablets accounted for over 40% of total tablet sales during the second half of 2017, with the enterprise and BYOD segments driving continued market growth.

Telsyte’s latest tablet research found some 35% of tablet users tether to their smartphones while out and about, as the average smartphone data allowance has more than doubled since 2016.

However, Telsyte believes the big driver for mobility and tablets will come from eSIMs.

eSIMs are integrated SIMs in digital devices such as smartphones, wearables, tablets and other internet-connected devices. Devices with eSIMs can be connected to supporting mobile networks without requiring a physical SIM card.

“The early success of eSIM in wearables such as the Apple Watch 3 LTE can potentially extend to tablets, with simplified and more user-friendly set-up for mobile connectivity,” said Telsyte Senior Analyst Alvin Lee.

eSims have the potential to rejuvenate tablet computer sales as around, one in three tablet and laptop owners show an interest in connecting to mobile networks directly if their device had an eSim that was easy to connect.

Growth in the tablet-using audience has started to show signs of peaking, with more than 15 million Australians having access to a tablet at the end of 2017. This was up only around 200,000 people over 2016. The Windows tablet audience is expected to surpass Android during 2018.

Telsyte has identified education and enterprise as key growth segments for tablet sales in the next 12–24 months.

According to Telsyte’s latest research, tablets remained a critical channel for delivering children’s content, with four in 10 parents that own a tablet sharing it with their children. In addition, Telsyte research shows children who use tablets spend up to two hours per day on their device.