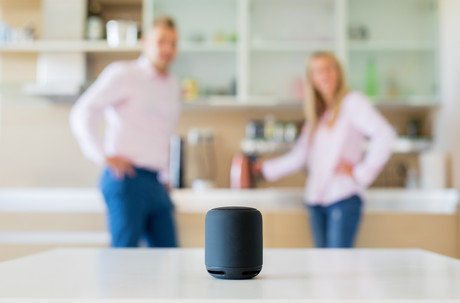 Voice assistant technologies, like Siri and Alexa, are on track to outgrow the human population, according to a new report by Juniper Research.

This year, 4.2 billion devices will contain voice assistance capabilities; and by 2024, the figure will more than double (113%) to reach 8.4 billion — surpassing the number of people worldwide by 0.6 billion.

Automotive voice assistants and those connected to TVs will be at the forefront of this growth, largely owing to their ability to use peripherals — rather than new hardware — to support the technology.

Productivity and office usage will be a relatively small market, say the researchers, with fewer than 354 million PCs having the technology.

However, Co-Author, James Moar, notes that the uptake of voice tech will depend largely on user behaviour, not just on its availability through existing platforms. Less than half of TVs capable of using voice tech will actually use it, he said.

“Ingrained habits of how devices are used will restrict opportunities for voice assistants and voice commerce. Vendors should focus on driving usage almost as much as promoting device sales,” said Moar.

Additionally, despite the impressive growth rate, the industry is still unsure about how to unlock its full money-making potential.

So far, tech giants like Google and Amazon have held back from voice advertising, amid concerns that this medium could be far more intrusive and annoying to consumers than visual or text-based ads.

In light of this, the Hey Siri, How Will You Make Money? free whitepaper explores a number of possible monetisation pathways for voice assistant platforms.