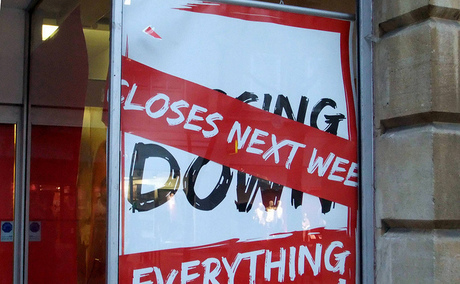 Australian cloud provider Ninefold is shutting down its doors after nearly five years in operation, alluding to funding issues as the reason for the decision.

The company, a Macquarie Telecom subsidiary, announced the decision on its website.

In a statement announcing the move, Ninefold said the last day of operation for its public cloud server platform will be 30 January next year.

“Significantly more investment is required if we are to make what we’ve built go to the next level. After an evaluation of the underlying technical platform, much consideration and deep reflection, we have decided not to embark on this journey,” the company said.

Ninefold will focus its final days in operation on helping customers transition to either Macquarie Telecom’s own cloud services or an alternative provider.

“We appreciate that for some of our customers this will be a significant inconvenience and we will do what we can to make it easy,” the statement added.

Macquarie Telecom has indicated that Ninefold’s staff will also be redeployed to the parent company’s cloud services.

Ninefold said during its time in operation it had helped usher in the cloud era in Australia.

“We were the first Australian provider to invest in Aussie infrastructure that was truly cloud — multiple availability zones, instant horizontal and vertical scaling (at cloud capacities), purchased online by the hour,” the company said.

“We developed a simple-to-use user interface and made it easy to integrate via API.”

From cloud to the edge: the why and how behind the shift

The shift to edge computing can bring improved decision-making, increased speed and decreased...

The Digital Transformation Agency has launched a request for tenders for all sellers of cloud...