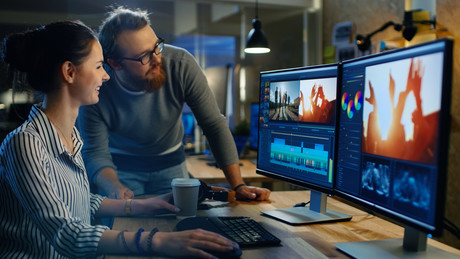 Alibaba Cloud is set to lend its “highly secure, dependable, flexible and scalable” services to the entertainment industry after receiving a Trusted Partner Network (TPN) certification in a first for public cloud vendors.

It comes following “stringent auditing and evaluation processes” by the TPN — a joint venture between the Motion Picture Association of America and the Content Delivery and Security Association that aims to help companies ensure content security and prevent movie or TV show leaks, breaches or hacks before they’re released by creating a global directory of ‘trusted vendors’.

“The certification is significant because it satisfies content producers that Alibaba Cloud’s use of industry best practices ensures its solutions, facilities, people and workflow are secure, as certified by experienced industry evaluators,” the company said.

“As the future of media productions is shifting to public cloud platforms, it is essential for vendors like Alibaba Cloud to pioneer innovations that will propel the advancement of the entertainment industry in a digital era.”

“With such high-value and sensitive assets to protect, production houses are naturally drawn to the solutions that offer the highest levels of security,” Alibaba Cloud Intelligence Head of Security Compliance and Privacy Yuanbin Zheng said.

“Not only does the TPN certification recognise the effort that Alibaba Cloud has made to deliver industry-leading levels of security, it also acknowledges the dependability, flexibility and scalability of our cloud-based platform.”

An inclusive training course from the Indigenous-owned enterprise will prepare the under- and...