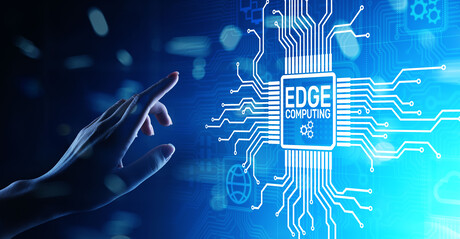 Three high profile Edge Computing deployments have demonstrated the power of bringing powerful computing close to the point of data collection and processing.

Data Analytics and AI might conjure up names such as Amazon, Azure and Google but, increasingly, companies are becoming their own big data aggregators, and are growing the investment to enable processing of that data in-house.

Cloud offers alluringly low upfront costs and elastic resources on demand — however where heavy and constant data transfer is required, it can come with an ever-escalating cost and is reliant on the somewhat variable performance of the Internet. Organisations rely on Edge Computing to increase network performance and combat latency, resulting in higher speeds for end users.

Three recent high profile Edge Computing deployments by APC by Schneider Electric show how Edge Computing can be built in-house, blending into a hybrid IT architecture to satisfy its application workload and data needs.

Mission Critical, but not Mission Impossible

NSW Police is charged with serving and protecting 7.8 million people across the state, with more than 430 police stations and 20,000 operational and administrative personnel.

Unlike many organisations, its primary means of communication with officers on the road is by radio. NSW Police broadcasts a staggering 2.1 million requests for assistance every year.

But, a while ago, it acknowledged its radio infrastructure had barely evolved for years despite growing demand and the mission critical nature of the network. It was time for a major overhaul.

NSW Police resolved to rebuild its communication datacentre while continuing to use it, in order to deliver a no-downtime transition to a new radio network infrastructure.

After a competitive tender, APC by Schneider Electric and Dell EMC were chosen to work in partnership to deliver a turnkey Edge Computing environment for NSW Police. The facility operated full-time during the build, which was completed on-time and under budget.

Networking buildings for the IoT era

Behind the scenes, commercial buildings bristle with sensors, collecting information on the building environment and making adjustments automatically.

But with innovation comes complexity; like any evolving technology space, equipment manufacturers have different ideas about the best way to implement communication, reporting and management.

Tuggeranong Office Park in Canberra wanted to take a coherent approach to building automation; it wanted all its systems on a single, secure communications platform, using best practice open standards where possible.

Just as importantly, it also wanted to be ready for the proliferation of Internet of Things (IoT) devices its tenants will use in coming years.

Its implementation partner, Airmaster, recommended standard TCP/IP and Ethernet for its new Building Services Network across its office campus. “This allowed for either a reduction or elimination of the need for multiple cabling distribution systems, parallel networks and additional head end equipment,” Airmaster branch manager (ACT), Rob Huntington, said.

APC by Schneider Electric supported the construction of the stable, failsafe and resilient network by providing an Edge Computing solution to maximise availability and reduce the hardware footprint across the campus.

Mirror image across the Tasman

When global pharmaceutical company, Boehringer Ingelheim, decided it was time to consolidate three Australian offices into one, it also decided to upgrade its server room.

APC by Schneider Electric worked to help Boehringer Ingelheim design a best-in-class micro datacentre with double redundancy across the UPS systems and cooling systems due to the criticality of business continuity.

Boehringer Ingelheim was so impressed it asked APC by Schneider Electric to replicate the datacentre in its New Zealand offices.

“What impressed me most was the technical expertise of the engineering team. They provided us with the right solution and made the whole project trouble-free, Boehringer Ingelheim Australia local infrastructure manager, Jason McDonald, said.

Find out how APC by Schneider Electric can ensure your IT infrastructure supports your digital transformation: https://www.apc.com/au/en/solutions/business-solutions/edge-computing/

You can also access on-demand, Schneider Electric’s virtual Innovation Day: Resilient Digital Transformation Pacific. Join fellow thought leaders, recognised industry visionaries, partners, and experts to discover how together we can address challenges and build a sustainable future in a new electric world. One that is enabled through connected and sustainable data centres... in the cloud, and at the edge. 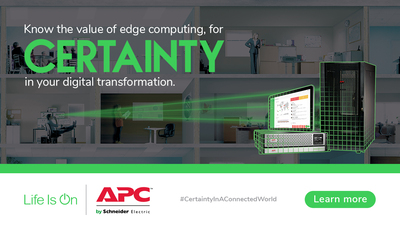 The rapidly changing landscape within the industrial automation sector has prompted AVEVA to...

How to build and connect digital infrastructure with hybrid multicloud at the edge.