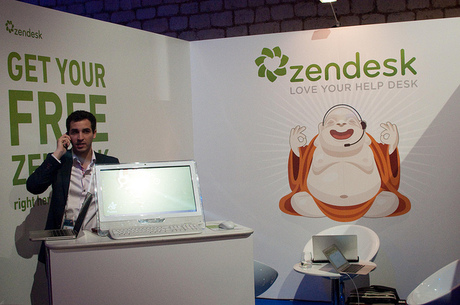 Customer service software provider Zendesk has opened its new technology headquarters in Victoria as part of a major partnership with the state government.

The new office, located on Collins Street in Melbourne’s CBD, is expected to create up to 175 new technology jobs. In the first partnership of its kind, the Victorian Government will provide Zendesk with a five-year grant for job creation to support the new office.

Zendesk opened its first Melbourne office in September 2011 and currently employs 70 people in the state in business and productivity roles. The new office has the capacity for 200 people.

“Zendesk’s decision to base its tech headquarters in Melbourne is a vote of confidence in the future of our industry and means more high-skill jobs for Victorians,” Victorian Premier Daniel Andrews said.

“We’re working hard to attract more investment in our tech industry and to provide the opportunities that will help local companies start up and grow.”

As part of these efforts the government is offering a $60 million start-up fund, as well as the Premier’s Jobs and Investment Fund.

Zendesk has also launched the Melbourne component of its global Zendesk Neighbour Foundation, which will provide $100,000 in financial support for community organisations and 1000 hours of employee volunteer service for local charities.

Leverage the following tips to immediately improve your CX and ensure customers are always at the...

In our Tech Insights series, we speak with ICT leaders to get their view on what the year ahead...

As more and more enterprises finally ditch the PABX for the latest in unified comms, the benefits...