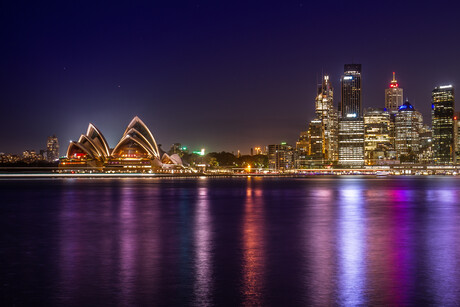 Reddit has made its official debut in Australia, with a new business to be based in Sydney. The decision to launch its offices in the Southern Hemisphere came after recognising the Australian market as its fourth-largest user base, as it grows at 40% year-over-year. This launch follows Reddit’s successful market entries in Canada in March 2021 and the United Kingdom in September 2020. The new Australian team will be launched with dedicated, locally based community, engineering and sales staff, as well as Country Manager David Ray, who will join the team from WooliesX and has experience leading teams in Australia for Amazon, Twitter and Telstra.

The Australian business will be managed by Reddit’s Head of International, Tariq Mahmoud, and will partner with local entities, working with Australian-based moderators and communities, and establishing local brand partnerships. Reddit’s Australian sales team also sits within its global sales organisation, under the leadership of Reddit’s EVP and President Global Advertising, Harold Klaje.

Globally, Reddit brings together more than 52 million daily active users across over 100,000 communities. In Australia, user activity mimics global trends with gaming, crypto and entertainment among the most popular interest groups, with a clear local twist. r/Australia, a community of 700,000 members, is the most popular subreddit among Australian users, with r/ausfinance and r/asx_bets following closely behind. Local takes on leading global communities are also popular among Reddit users, with r/askanaustralian, r/australianteachers and r/ausproperty also among the fastest growing communities for Australian users in 2021.

At an average of 31 minutes per day, Australians spend more time on Reddit than they do on Instagram, Snapchat, Twitter and Pinterest, collectively contributing 158 million posts, comments and votes on the platform each month. Jen Wong, Reddit Chief Operating Officer, said Reddit has experienced strong organic growth from its Australian user base in recent years, which has provided a significant opportunity to level up its local offering in a more focused and nuanced way.

“From building out our highly engaged Australian communities to finding homes for local brands on the platform, this launch is just the beginning of our investment in the market and key to our wider international vision as we continue to scale Reddit at pace,” Wong said.

Joshua Lowcock, UM Chief Digital Officer, said Reddit is a cultural phenomenon and a great platform for brands looking to connect with customers, fans and advocates who influence brand loyalty and purchase decisions.

“As an Australian expat living in New York, I have seen first-hand the success clients have had working with Reddit. Investing in a dedicated Australian presence and local approach to community and moderation will reinforce Reddit’s market position for locally based brands and advertisers seeking to navigate the depth and breadth of the platform and unlock its immense value,” Lowcock said.

Reddit’s local Sales team will be committed to helping Australian brands meaningfully participate with these audiences through best-in-class creative campaigns, scalable solutions and industry-leading trends and insights. They will work closely with Reddit’s global team, as it continues to evolve the Reddit Ads platform to meet the needs of all advertisers globally.

Reddit is now officially open for business in Australia and is located in Barangaroo, Sydney.