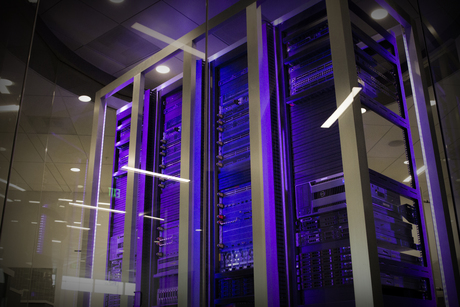 NextGen.Net is an Australian technology service provider to the lending industry, delivering SaaS solutions for electronic lodgement, supporting documents and loan processing to a range of banks, non-bank lenders and brokers. With offices in Sydney and Newcastle, NextGen.Net has around 100 internal users and more than 100,000 end users on its network at any given time.

As a service provider to some of Australia’s most dynamic financial institutions, the company is compelled to stay at the cutting edge of technology. While network stability and latency is always a focus, a strategic network upgrade prompted Senior Network Engineer Leonel Retamar to find a data centre switching solution that would maintain NextGen.Net’s best-practice standards while improving analytical abilities and enhancing reporting capabilities.

“One of our requirements was to implement a centralised solution that would bridge the gap between management and analytics,” said Retamar. “From an operational perspective, we sought technology that would allow us the visibility to optimise our network.”

Following an RFP and evaluation process of leading ethernet switch vendors, an Extreme Networks solution was chosen due to the level of analytical detail its provides and the performance demonstrated during testing.

“All the vendors were highly competitive in many areas, but this is where Extreme Networks really was well above the mark,” said Retamar.

The network upgrade has allowed Retamar and his team at NextGen.Net to improve virtualisation and application performance, as well as increase network visibility. Greater visibility has led to an improvement in the reports that can be generated from the network, enabling improved decision making and capacity planning.

Reporting for compliance and regulatory requirements has been simplified, as the solution produces reports directly from the centralised management interface rather than a third-party application, as before.

Centralised management and increased visibility have also given NextGen.Net greater control over the network, according to Retamar, enabling him to optimise the company’s resources and improve traffic flow on the network.

“We are able to better perform network planning, baselining, application usage and troubleshooting due to the capabilities of Extreme Networks’ solution. We are able to see deeper into the packet streams, from layer 2 all the way up to the application level, allowing us to have extremely efficient policies to either block, shape or prioritise our traffic,” he said.

Management at NextGen.Net have noticed positive results coming from the deployment, impressed with new levels of reporting that the solution provides. Internal feedback from staff suggests that the performance of applications and other network-attached devices, as well as functionality, has also improved.

“Our external users are yet to provide any feedback," says Retamar. “And as anyone in IT administration is aware, customers generally only talk to you when something goes wrong, so that part is all good!”