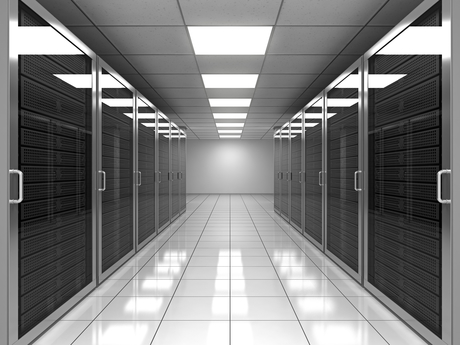 Vocus Communications is a leading supplier of telecommunications, data centre and high-bandwidth connectivity in Australia and New Zealand. Its flagship data centre, set in the heart of the Melbourne CBD, is also the most recent Vocus facility to be built in Australia, joining 10 other data centres spread across the ANZ region. The Melbourne data centre is a premium facility specifically designed for businesses requiring the highest level of connectivity, power density, performance and security.

Providing adequate smoke detection in a data centre facility is often a challenge in itself, but especially in a facility within a multitenanted building. Even a small amount of smoke can cause corrosion to mission-critical equipment, resulting in disastrous consequences and service disruption to customers.

Vocus’s Melbourne data centre is designed for 250 racks capable of supporting up to 30 kW of power and cooling per rack via a hot aisle containment cooling methodology. This leads to a large amount of IT equipment stored inside the facility, which presents an increased fire risk due to a higher heat density. High airflow and air pressure also dilute smoke dispersion into the environment, making smoke detection extremely difficult.

Xtralis’s VESDA system was selected for its reputation in reliable and very early smoke detection. In other facilities, VESDA has previously detected incidents of power supplies failing by detecting the tiny traces of smoke generated, giving staff enough time to investigate and mitigate any possible fire threat.

“The previous facility had a legacy VESDA system which functioned well but did not have the level of granular reporting that we required, nor [was it] scaled to the size of the new facility,” says Vocus General Manager Adam Gardner. “Given the previous VESDA system functioned well, we chose to utilise the same system, albeit the more advanced model, again.”

VESDA VLC (LaserCOMPACT) and VLF (LaserFOCUS) units were installed in the Melbourne data centre to provide protection in general areas and communications rooms, while a VESDA VLS (LaserSCANNER) unit was deployed in individual pods in data halls due to its multiple-zone addressability.

To accommodate protection of the hot aisles and the need to comply with AS1670.1 standards and Xtralis guidelines, the design incorporated sampling points in the hot aisle sections as well as the open-area ceiling. VESDA is able to locate smoke at the incipient stage and provide a very early warning response so that incidents can be attended to early, allowing time to respond accordingly and avoiding the escalating consequences and potential damage.

“As we operate multiple zones in the site, the system permits rapid diagnosis of the fault area to minimise impact on unaffected areas,” says Gardner.

“The system was easy to implement from a base installation point of view. After some initial teething challenges with the high level interface, the system was installed successfully,” says Gardner. “The system is integrated into our DCIM platform, so staff receive both emails and SMS to advise of any issues with the facility or system faults.”