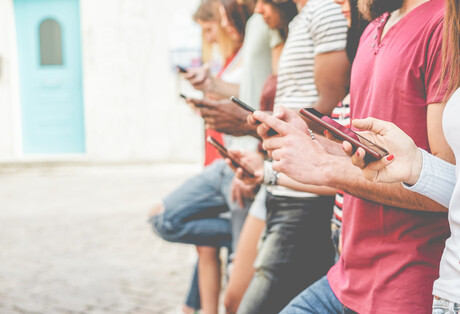 New research has found that social media and smartphone usage rank higher than smoking and boozing as bad habits that need to be addressed.

Stanford economist Matthew Gentzkow and his colleagues have shed new light on digital behaviours and estimate that self-control problems are responsible for about one-third (31%) of the time that study participants spend on social media.

According to researchers, the study — which is detailed in a working paper here — represents the first step in coping with addiction, in that it is an acknowledgement and understanding of the problem.

“There has been a lot of talk about the idea that social media and smartphones might be addictive. But clear evidence for that has been limited. The results of our study show clearly that digital addiction is real,” said Gentzkow, a senior fellow at the Stanford Institute for Economic Policy Research (SIEPR).

“Just like other addictive things, there’s a tendency for people to build up a habit,” he said. “The more you use it, the more you want to use it.”

Social media and smartphone usage rank above watching television, smoking and boozing in the top five things people think they ought to be doing less of, according to a survey that was part of the study.

Then, in developing the first economic model of digital addiction and applying real-world data taken from a randomised field experiment, the researchers gleaned behavioural evidence that reflected two key components of addiction: habit formation and self-control problems. The insights included:

“A lot of people say, ‘I'm on social media too much and I feel addicted’,” said Hunt Allcott, an economist at Microsoft Research and a co-author of the study along with Gentzkow and Lena Song, a PhD candidate at NYU.

“This paper is really about quantifying that idea. Our model finds that self-control problems account for almost a third of people’s social media use.”

The study, released recently by the National Bureau of Economic Research, suggests that designing technological solutions to help people curb their digital addiction and align their screen time usage to levels they’d be happy with “should be an important goal of users, parents, technology workers, investors and regulators”.

An economist’s view of smartphone addiction

“Smartphones are probably the most important new innovation since television in terms of how it transforms the way people use their time,” said Gentzkow, a professor of economics in Stanford’s School of Humanities and Sciences.

The study cites other surveys that found people around the world now spend more time consuming online media than they do watching television, and the average person with internet access spends 2.5 hours each day on social media. Americans check their smartphones anywhere from 50 to 80 times each day.

This latest research by Gentzkow and Allcott adds to their work examining the impacts of media, including its evolving role in political polarisation, elections and the spread of fake news, as well as its effects on individual wellbeing and the COVID-19 culture war.

Applying the tools of behavioural economics, the researchers set out to create a model that defines digital addiction and provides a way to measure its effect on smartphone usage. Two main forces make up the addiction equation: one is known as habit formation, which means, in economics, that consuming something today increases demand tomorrow. The second component is self-control, which pertains to how people consume more today than they would have previously chosen for themselves.

But smartphone usage isn’t all bad.

“Although this particular research tries to zero in on these addictive aspects, we don’t want to lose sight of the fact that there are actually a lot of good things and benefits that these technologies create,” Gentzkow said.

Hope for the hooked

Researchers say they found clear evidence that people have self-control problems with their smartphone usage and are at least partly aware of them.

The field experiment, conducted between 22 March and 26 July 2020, involved about 2000 adult Android phone users who agreed to install an app that was specifically developed for the study to record smartphone screen time and allowed them to set limits on their own usage. Researchers focused on six apps that participants reported to be especially tempting: Facebook, Instagram, Twitter, Snapchat, web browsers and YouTube.

The participants took a series of surveys throughout and were randomly assigned to two treatment groups. One group was given options for temporary financial incentives to cut back on their online media use and the second group was given additional control features to set personalised time limits on those apps if they wanted to do so. (Tools like this are already available for smartphones, but they often allow users to override, or snooze; this experiment’s app could not be easily overridden and enforced the limits.)

The experiment took place during the beginning of COVID-19 shutdowns, and while the pandemic did increase the participants’ overall hours of screen time, the researchers say it did not appear to have a clear effect on the magnitude of self-control problems.

The good news, the researchers say, is that the interventions for both treatment groups seemed to work for those who needed them the most.

“And the people who said they felt the most addicted at the start showed the most improvement in terms of reducing their addiction,” Allcott said.