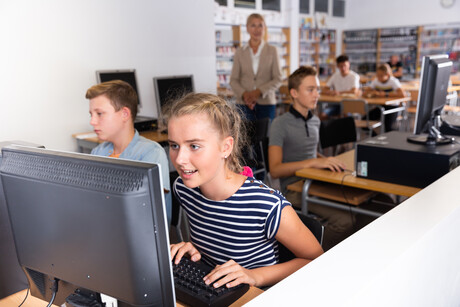 Content creation is one of the fastest advancing areas in tech, with the global content creation market expected to reach US$38 billion by 2030, according to Australian education business Code Camp.

“Gen Z — those aged from 6 to 24 — will be the most technologically advanced generation the world has ever seen,” said Code Camp’s co-founder, Hayley Markham.

“For this group, being a follower simply isn’t enough. They all have a high sense of individuality, so they want to create their own content and have people follow them.

“It has escalated at such a dizzying pace that we decided to take this on board as part of our new strategy this year. So far it’s exceeded all expectations and we’ve been able to reset our revenue projections on the back of a challenging 2020,” she said.

In response to increasing demand from Gen Z, the company has devised a series of new programs that teach kids aged 5–13 to design and code apps, online games, websites and other digital content.

Code Camp holds educational sessions after school and during school holidays at both in-person and online camps and has recently partnered with Warner Bros Consumer Products to feature DC Super Heroes in the program.

Set to launch during the winter school holidays the ‘Code your own DC Super Hero Game’ camp, aimed at kids from 7–12, will use DC characters, themed backgrounds and collectibles and is available at Spark and Ignite camps.

Additionally, three other camps that were tested during the April school holidays will be offered again including YouTube Creators, which guides kids through content creation, video editing and production for their own channel; DJ Camp where kids can learn to mix tracks; and Animation Camp which focuses on stop-motion animation production and video editing.

Response to the camps offered last school holidays was overwhelming. “Kids in primary school are now wanting their own YouTube channels. Given many kids will turn influencing and content creation into an actual job once they leave school, we wanted to offer early skills development which introduced sound fundamentals,” Markham said.

Talent and hard work have paid off for 10 students with a place in the Australian international...

The virtual event features hundreds of presentations from members of the education sector and...

The Victorian Government is supporting agriculture within the school curriculum with a new...