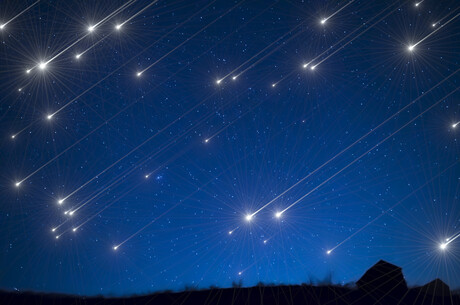 Three schools in Launceston, Exeter and Ulverstone will be visited later this week by astronomers who will show eager students how to use powerful telescopes and unlock the secrets of the stars.

Dr Brad Tucker, from the Centre of Excellence for All-Sky Astrophysics in 3D (ASTRO 3D) and the Australian National University, together with Peter Swanton, also from ANU, will give the telescopes to Riverside, Exeter and Ulverstone high schools on 29 and 30 April.

The scientists will talk to students about astronomy and show them how to use the telescopes, known as ‘eight-inch Dobsonians’. Once the sun goes down, they will host star-gazing events for the public.

“In areas like the north of Tasmania, away from city lights, the skies are very dark and filled with stars everywhere, a truly breathtaking sight,” Dr Tucker said.

“But by using a good quality telescope you can see so much more. We hope that the students, schools and the communities will be able to make good, continuing use of the ones we bring. I hope they go on to develop detailed and inspiring astronomy projects for years to come, as well as a passion and love of science.”

Swanton is a Gamilaraay/Yuwaalaraay man from Mackay, in Queensland. He currently works at ANU’s Tjabal Indigenous Higher Education Centre.

“I’m looking forward to meeting with Indigenous students in the area and introducing them — and the wider community — to Indigenous interpretations of the night sky,” he said.

The school visits are the first of many planned for around Australia. They are part of the project called Scientists Taking Astronomy to Regional Schools, or STARS, organised by ASTRO 3D and ANU.

The project will see working astronomers and PhD candidates visit dozens of primary and secondary schools. They will conduct workshops, hold star-gazing evenings and show students how to operate the telescopes and properly record the data they gather.

“Regional kids can study science, technology, engineering and maths (STEM) subjects at school, but access to STEM professionals and specialist programs is difficult because they are mainly located in larger towns and cities,” said ASTRO 3D’s Dr Delese Brewster, one of the architects of the program.

“But regional kids have a huge advantage in astronomy. Our countryside has big skies with minimal light pollution. This program aims to inspire children across Australia to look up and explore the universe.”

The Victorian Government is helping kindergartens upgrade and improve facilities, and to get...