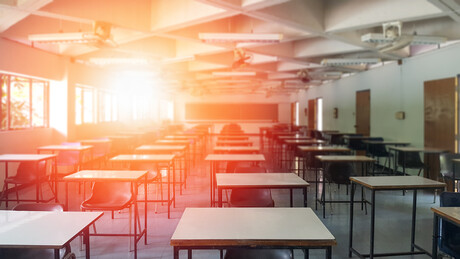 Teacher shortages are now already evident throughout NSW, according to the Independent Education Union (IEU).

The IEU originally warned of a looming shortage in March this year, particularly in Catholic systemic schools, but also across non-government schools more broadly.

An IEU survey of 377 Catholic systemic schools in February and March this year found shortages were already evident throughout NSW. On average, about 44% of secondary schools had a temporary or permanent teacher vacancy, while 23% of primary schools were in the same position. Some reported they were unable to fill up to 70% of casual vacancies, while some regions, such as Armidale, were experiencing even more severe shortages.

“Teacher shortages have only intensified as the year has gone on,” said IEUA NSW/ACT Branch Acting Secretary Carol Matthews.

“And it’s not just in mathematics and science subjects, but across the curriculum. Nor is it confined to the regions — the metro dioceses are also feeling the pinch. When schools on Sydney’s north shore struggle to secure staff, you know you’ve got a problem.”

Teachers are adapting as best they can, just as they have throughout lockdowns. Classes are being combined and part-time staff are taking on more days. Principals and assistant principals are pitching in to supervise, leaving gaps in school leadership. Learning support staff and teacher librarians are stepping up to supervise classes. Teachers are having to cancel their professional development.

“This is not sustainable. There are obvious and serious implications for learning outcomes should these shortages continue," Matthews said.

The reasons for the problem are varied.

“While salaries are certainly not keeping pace with ever-expanding professional responsibilities, this is one among many factors,” Matthews said.

“Teachers are experiencing an excessive administrative load, with an overemphasis on all kinds of data collection that doesn’t lead to any meaningful outcome. When they find the profession unfulfilling themselves, they are less likely to recommend a teaching career to their own students. And student teachers on practicums often withdraw from their teaching degrees once they encounter the intense workloads and stresses of school life.”

The IEU yet again calls on both the NSW and federal governments to engage meaningfully with teachers, principals and support staff through their representative unions to devise, fund and implement workable solutions. The time to act is now to stem this crisis and avoid even more teacher burnout.

An additional 11.87 million rapid antigen tests (RATs) will be distributed in schools across WA.

Epson to showcase solutions at EduTech 2022

Epson will be showcasing its education technology solutions at the EduTech event, held on...

An interactive geospatial project has been accepted by the Queensland Curriculum and Assessment...