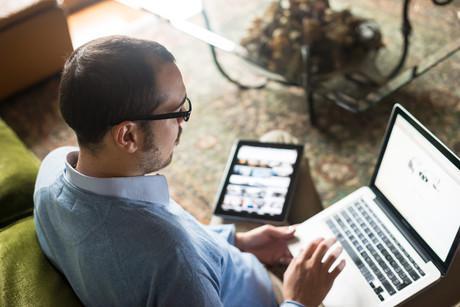 Skilled temporary migration is having a positive impact on the Australian labour market and will be essential to meeting anticipated major shortfalls in skilled workers in the technology and other sectors, a new report claims.

The report from the non-profit think tank, the Committee for Economic Development of Australia (CEDA), asserts that temporary skilled migration “has been an overwhelming net positive for the Australian economy, enabling skills shortages to be filled and contributing to the transfer of new knowledge and experience to Australian workers”.

The report states that despite widespread sentiment to the contrary, modelling using ABS data indicates that migration does not have a negative impact on either wages or participation rates of Australian-born workers.

CEDA said temporary migration can even have a positive impact on wages and employment in some circumstances, particularly in the IT sector.

Temporary migrants contributed 71% of the growth in net migration during the 2016–17 financial year, and were the equivalent of 45% of all population growth including natural increases.

But CEDA’s report also states that temporary skilled visa holders make up less than 1% of the Australian workforce. The overwhelming majority of temporary visa holders are New Zealand citizens under the special visa category and students.

The report states that there are long-term demands on various skills that look impossible to meet without temporary skilled migration. It predicts that Australia will need 18,000 more cybersecurity workers by 2026, while there are only 500 local graduates per year.

In a joint report published last year, the Australian Computer Society and Deloitte estimated that Australia will need 200,000 additional technology workers within the next five years.

Specialist recruiter Robert Half said its survey of 160 CIOs found that 93% are willing to hire foreign talent, and 88% believe it is more challenging to source qualified IT professionals compared to five years ago.

The same proportion believe it will become increasingly challenging to fill the skills gap in the next five years.

According to the survey, the top reasons why CIOs are willing to hire foreign talent include a desire to pursue business expansion into international markets (39%), IT leaders needing access to diverse skillsets brought by international candidates (39%), international employees being less likely to leave (34%), the local talent pool not keeping up with demand for candidates (34%) and companies needing more candidates fluent in non-English languages (28%).

“Technology is recognised by most Australian business leaders as a key growth driver — especially when it comes to competing on the international stage, with more companies seeking top IT professionals who can implement new technologies and drive change,” Robert Half Asia Pacific Senior Managing Director David Jones said.

“The CEDA report shows that international talent can play an immense role in helping to equip our IT industry with the skills that support business growth. The rapidly increasing demand for IT roles, such as cybersecurity experts, ERP consultants and software developers, is exceeding supply in the local market, which means companies should consider all staffing solutions available to them, including recruiting qualified IT professionals from overseas.”

The report cites factors including a lack of transparency in the methodology used to determine a skills shortage, as well as a reliance on rigid categories of occupations that have not been regularly reviewed and updated.

It recommends a series of reforms to the program such as establishing an independent committee to undertake analysis, consultation and advice on the formulation of skilled occupation lists, removing the requirement for labour market testing once the skills shortage list process has been strengthened, and tasking the Productivity Commission with reviewing the program every three to five years.

Other recommended reforms include establishing a dedicated, streamlined path for intra-company transfers of employees to Australia and aligning the use of the Skilling Australia Fund Levy to training initiatives that alleviate the skill shortages driving skilled migration.

Does anyone really know what's going on?

The use of multiple, unintegrated, third-party systems presents challenges for IT managed...

Getting started with SASE