Gigabit speeds for all Aussies — is it a pipe dream? 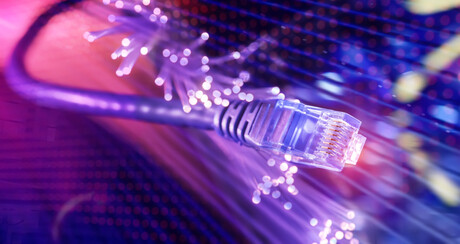 With the rollout of gigabit internet to a select few locations in Australia only occurring earlier this year, it seems unlikely the top speeds will be available to the majority of households or businesses across the country anytime soon.

Under the plan, existing fibre-to-the-node infrastructure will be converted to fibre-to-the-premises connections for eligible residential customers, subject to demand. Hybrid Fibre Coaxial connections will also be eligible for the upgrade.

“I think it was always the intent to move to fibre deeper into the networking stages,” he said.

“But I think [the initial nbn rollout] has been a relatively good compromise with getting people on quick and now moving to the next phase of upgrading people as demand exists.”

Fibre-to-the-node connections are generally not capable of carrying gigabit internet speeds. However, between 20 and 30% of Aussie Broadband’s fibre-to-the-node customer base are on 100 MB plans and are subsequently getting slower speeds, Britt said.

“I look at [the fibre rollout] and go, well that’s 400,000 people that could get fibre [to-the-premises] that otherwise couldn’t, so that’s a win.”

It’s important to clarify that not all premises using fibre-to-the-node infrastructure will automatically be upgraded to full fibre connections — there are qualifying factors at play. Consequently, NBN Co’s plan will not go very far in terms of delivering superfast or gigabit speeds to the majority of Australian households, such as what is available in the UK, said Britt.

However, Britt believes the plan is a “logical solution”.

“I look at it from the perspective of, if you’ve got someone sitting at home, they’re not using the speeds, why pay the money to put fibre into them… If someone needs it, then let the NBN pay the money and put it in.”

For more information about high-speed nbn plans for home or business, visit aussiebroadband.com.au or phone 1300 880 905.