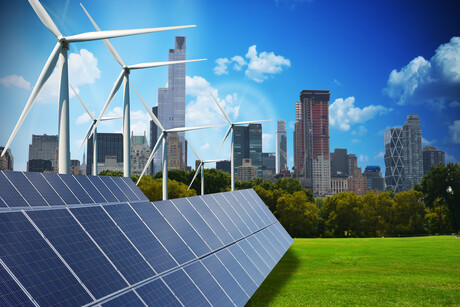 Amazon has announced 26 new global utility-scale wind and solar energy projects totalling 3.4 gigawatts (GW) of electricity production capacity, bringing its total investment in renewable energy in 2020 to 35 projects and more than 4 GW of capacity, leading the company to claim that it is the largest corporate purchaser of renewable energy.

“Amazon is helping fight climate change by moving quickly to power our businesses with renewable energy. With a total of 127 solar and wind projects, Amazon is now the biggest corporate buyer of renewable energy ever. We are on a path to running 100% of our business on renewable energy by 2025 — five years ahead of our original target of 2030,” said Amazon founder and CEO Jeff Bezos.

The Hawkesdale Wind Farm, along with Amazon’s other global renewable investments, will supply renewable energy for Amazon’s corporate offices, fulfilment centres and AWS data centres. The Hawkesdale Wind Farm, a 96.6 MW facility in Victoria, is expected to generate 325,000 MWh of renewable energy annually for the company, equivalent to the annual electricity consumption of almost 52,000 Australian households.

“This is just one of the many steps we’re taking that will help us meet our Climate Pledge. I couldn’t be more proud of all the teams across Amazon that continue to work hard, smart and fast to get these projects up and running,” Bezos said.

The announcement follows news of Amazon’s investment in a second Australian AWS Region in Melbourne, which is expected to be available in the second half of 2022. Amazon now employs more than 3000 people in Australia and has invested AU$3 billion in infrastructure and its local workforce in Australia in the past decade.

“Our push to use more renewable energy is one step on our path to net-zero carbon by 2040 as part of Amazon’s commitment to The Climate Pledge. To achieve these goals, we focus on four complementary areas: increasing energy efficiency in our facilities and equipment; continuous innovation in our data centres; advocacy at the global, federal and state levels to create a favourable environment for renewable energy; and working with various power providers around the world to increase the availability of renewable energy,” Beavis said.