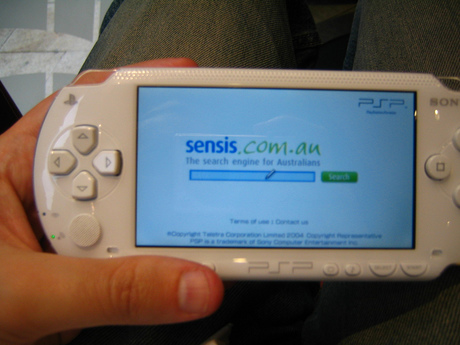 Telstra's deal to sell a 70% stake in its directories division Sensis reflects a strategic transformation taking place at the company, as it looks to new growth areas to make up for slowing revenue from traditional telecom services.

Sensis will continue to print and distribute White Pages directories, as required under the terms of Telstra's carrier licence. But the Yellow Pages will be printed only in areas where it is deemed necessary, with distributions being phased out of denser metro areas over time.

Announcing the deal to investors, Telstra CEO David Thodey said the company plans to hang on to its 30% stake in Sensis and operate the business in a strategic partnership with Platinum Equity. He said the transaction is aimed at helping Sensis "transform" in the wake of the "massive shift" happening in the directories business worldwide.

Sensis's new valuation of $650 million is small change compared to how much the business was worth at its peak. Fairfax Media notes that in 2005, Sensis's value was estimated to be up to $12 billion. Even in the days before the sale was announced, rumours suggested that a sale of Sensis could fetch up to $3 billion.

But while Telstra will book an accounting loss of $150 million on the stake sale, the decision to sell control of Sensis has generally been well received by financial pundits. A common thread among the commentary is praise for Thodey for again showing his willingness to divest non-core or underperforming assets while focusing on new growth avenues.

Credit research agency Moody's has revealed it does not expect the Sensis sale to have an immediate impact on Telstra's A2 stable rating.

Moody Senior Vice President Ian Lewis said while the sale will slightly reduce Telstra's ebitda, its adjusted debt to ebitda ratio will not be materially impacted. "Additionally, the sale proceeds of $454 million together with proceeds of approximately $2 billion from the sale of [Hong Kong mobile unit] CSL New World Mobility will increase liquidity and financial flexibility for the company," he said.

The Motley Fool's Mike King notes that Telstra has built up quite a cash pile, with the CSL sale, the partial listing of Chinese car sales website Autohome and a projected free cash flow for the current financial year of up to $5.1 billion. The question is what Telstra plans to do with that cash.

Thodey has been clear that Telstra considers it essential to become more involved in the Asian market and that the company plans to look to network applications and services including cloud computing for future growth.

Ovum Senior Analyst David Kennedy told Fairfax that while the sunk costs of deploying cloud services are tiny compared to the sunk costs of buying or building physical networks, the future of operators such as Telstra lies in the network. "[Cloud services require] someone to run a network ... It is obviously the telcos that are going to be running those networks; so that is going to remain a big part of their business," he said.

The Australian's Mitchell Bingemann has suggested that Telstra may be aiming to replace its old directories revenue with income generated through digital media. He cites the company's recent investment in a 25% stake in Mandoe, a digital advertising provider. Mandoe has developed 'instant app' technology, designed to allow shoppers to use a retail store's app without the need to download and install it, and is exploring expanding the technology beyond the retail sector into other industries including e-health.

Analysts are also speculating that Telstra could use some of its cash to increase its shareholder dividend, or to pare down some of its $15 billion debt pile.

Telstra will likely have an uphill battle with its new growth ambitions. CFO Andrew Penn has stated that if expansions into Asia, cloud services and new digital media are to have a significant impact on the company's bottom line, the segments will need to, together, generate over $20 billion in revenue. The sale of Sensis is only a stepping stone on this journey.