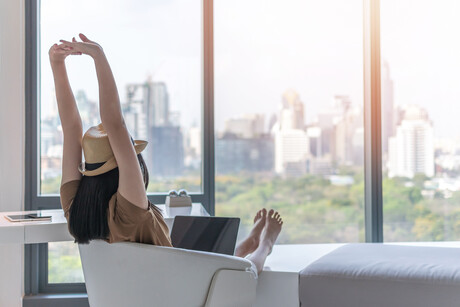 Despite living through some of the world’s most stringent lockdown conditions, Australian workers have the greatest sense of work-life balance when compared with our global counterparts, according to Future Forum, Slack’s think tank dedicated to shaping the future of work.

The Future Forum Pulse international study measures how knowledge workers feel about their working lives on a five-point scale (from “very poor” to “very good”) across eight dimensions on a scale from -60 (most negative) to +60 (most positive).

Although recently faced with more lockdowns, Aussies’ positive outlook on their work-life balance has continued to increase — up by 4.3 points in the last six months. This represents the biggest jump globally and is a contrast to other markets including the US (-2.1), Germany (-3.7) and France (-4), where there has been a notable decline in sentiment.

Employers shouldn't take that satisfaction level as a sign of stability, however, with more than half (59.9%) of Aussies surveyed saying they are likely to change jobs in the next year. This aligns with an emerging global trend — referred to as the Great Resignation — and the US (58.8%), UK (62.8%), France (57.7%), Germany (52.6%) and Japan (46.1%) all reporting similar levels of intent.

The study says Australian workers scored the highest when it came to workplace flexibility (a score of 30.6 compared with the global average of 26.8), which has also generated positive scores for adjacent attitudes:

Experience with technology appears to be a significant predictor of score results, with tech innovators generally scoring more positively than late adopters and laggards across many attitude categories:

Australians have revealed remote working has reduced stress and made surprisingly positive impacts on communication, resource sharing and a sense of belonging. Despite this, Aussies still have a strong desire for the office to feature in where they work:

On balance, and in comparison to other global markets, more Aussies want flexibility when it comes to when they work. Future Forum suggests that companies need to take note of employee opinion and bring about change to avoid being caught up in the global Great Resignation.

Over half (63%) of full-time Aussie workers say they'll likely be called back to the office...