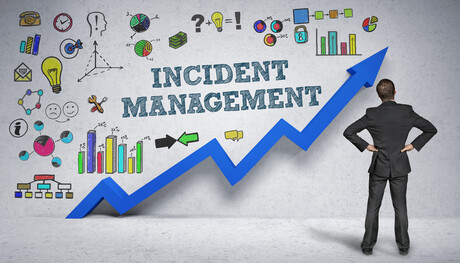 PagerDuty has released a worldwide study highlighting that more than 80% of organisations (79% in Australia) have experienced an increase in pressure on digital services since the start of the COVID-19 pandemic. These same companies cited a 47% increase in the number of daily incidents (44% in Australia), resulting in 71% of Australian IT and DevOps practitioners spending more than 10 extra hours per week resolving incidents compared to six months ago (62% globally).

Over 700 Dev and IT practitioners were surveyed across APJ, North America and EMEA. Findings revealed that 40% of organisations (44% in Australia) expect this digital pressure to worsen in the next six to 12 months. Abhijit Pendyal, Manager, Solutions Consulting at PagerDuty, said the pandemic has changed the way we live, work, communicate, learn and shop, as we now exist in a digital default world where stakes are high. “Downtime can mean millions in lost revenue and keeping digital services running perfectly is a complex job,” Pendyal said.

Pendyal said the research underscores the fact that every company is facing the challenge of accelerating their digital transformation to keep pace with customer expectations and needs, while struggling with increased digital complexity and strain.

“It also candidly points to the human cost of this dramatic change — an immense strain on the practitioners charged with keeping digital services running, which can lead to massive fatigue and burnout,” Pendyal said.

Since the pandemic began, 55% of respondents (51% in Australia) noted that they are being asked to resolve incidents during their personal time five or more times a week, with 39% (40% in Australia) saying they are firefighting or focused on unplanned work 100% of the time, leaving no room for proactive, innovative work. As a result, organisations are having to cancel an average of 7.6 projects (7.3 in Australia).

The survey also highlighted that IT and DevOps practitioners feel they play an important role in the digital economy, with 71% of respondents (70% in Australia) staying at their jobs because of the teams and the camaraderie. Additionally, 58% said they are grateful for the opportunity to play an integral role in the digital economy. However, 53% of survey respondents (59% of Australians) said the pressure to keep digital services running perfectly has reached unprecedented levels in the last three to six months. The survey also found that 79% of DevOps and IT practitioners (77% in Australia) believe digital acceleration must be their company’s first priority in 2021.

Additionally, 64% of respondents (63% in Australia) said automation that removes manual processes will be critical to do more with less, and meet increased demand on digital services. Australian practitioners also ranked the highest (74%) in believing that smart integrations are critical to doing their job better (69% globally).

“As organisations strive to capitalise on the new norm of digital first, they must adopt modern service-ownership practices while automating the management of their digital operations, because the old approach doesn’t work anymore. As technical architectures grow and expand, so do the operational processes. You need AI and machine learning, automation and process efficiencies in order to remove complexity, be proactive (even predictive) and improve engineering productivity,” Pendyal said.

PC market has banner Q3 due to COVID-19

CEPU has slammed as "disgraceful" and "appalling" reports that senior nbn...

More engineers to be trained for HF radar

Mandatory face masks for all in Victoria — including trades