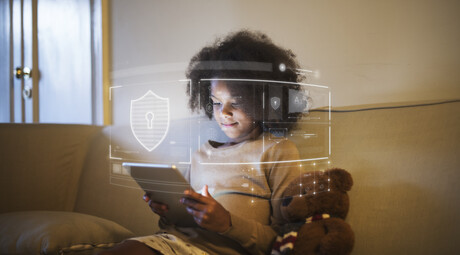 Requiring big tech to enforce its own safety standards is among the key recommendations​ of the report by the Select Committee on Social Media and Online Safety into online harms on social media platforms, which has been released.

In its unanimous report, the Committee found that the safety of people online is being threatened by individuals who engage in harmful behaviour and conduct. The harms experienced by victims of online abuse leave a long trail of trauma and suffering, as expressed by many witnesses in evidence to the Committee.

Committee Chair Lucy Wicks MP said the evidence received by the Committee highlighted the necessity of a three-part response: social media platforms focusing on user safety and enforcing their policies; the government appropriately regulating and monitoring the sector; and users understanding that while respectful dissent and disagreement is a part of online discourse, abuse isn’t, and it should not be tolerated.

“The recommendations in this report are an important next step in making our online world and social media platforms safer for all,” she said.

“The Australian Government is leading the world in online safety, but technology and online predators evolve quickly, so the government must continue to hold social media companies to account and support victims of abuse.

“For too long social media platforms have been able to ‘set the rules’, enabling the proliferation of online abuse. The balance of responsibility for the safety of users online, which until recently has been primarily on users, must be ‘flipped’ to ensure that social media platforms bear more of the burden of providing safety for their users.

“To protect Australians, social media companies have to take responsibility to enforce their terms of service, prevent recidivism of bad actors, prevent pile-ons or volumetric attacks, prevent harms across multiple platforms and be more transparent about their use of algorithms.

“The inquiry has also focused on what more can be done to address individual actions and behaviours online by building on the eSafety Commissioner’s existing education programs and government awareness campaigns to give Australians, and especially children, more information about how to safely engage in online discourse,” Wicks said.

Wicks thanked the witnesses and submitters who provided evidence to the inquiry, and in particular noted the bravery and resilience of victims of online abuse who shared their stories with the Committee.

She further expressed her thanks to her fellow Committee members, including the Deputy Chair, Tim Watts MP, for their thoughtful and constructive engagement throughout the inquiry.

Over the course of the three-and-a-half-month inquiry, the Committee held 11 public hearings with nearly 60 witnesses, and received over 100 submissions from individuals, organisations and government bodies. Further information about the Committee and a copy of the report can be found on its website. While the report is unanimous, Labor Members and Mr Kelly also provided additional comments on the Committee’s findings.

There aren't any quick fixes to the skills shortage, but there are things we can do today to...