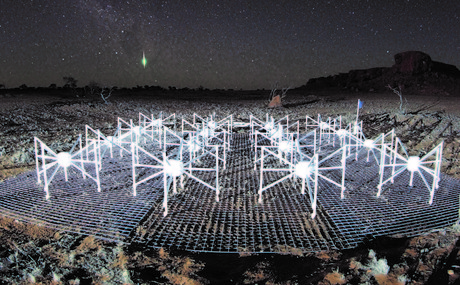 The 546 TeraFlop, 78-node cluster will be delivered by HPE and is expected to “provide users with enhanced GPU capabilities to power AI, computational work, machine learning and data analytics”, according to Pawsey Supercomputing Centre, which commissioned the new infrastructure.

Its procurement comes as part of a $70 million Pawsey capital refresh, which will also see a company replace Pawsey’s existing supercomputers, Galaxy and Magnus.

Galaxy — a radio astronomy-dedicated, real-time supercomputer responsible for processing Square Kilometre Array precursor telescopes, MWA and ASKAP’s data — is currently under increased pressure, with MWA having doubled its available antennas and ASKAP soon to take “full surveys of the sky”, the centre said.

“As a researcher, I am excited that this new infrastructure will give us the chance to accelerate our workflows, leading to faster scientific discoveries and for providing the opportunity to continue to use the MWA as a scientific, technical and operational testbed for the future Square Kilometre Array,” said MWA Director Professor Melanie Johnston-Hollitt of the new cluster.

The cluster is projected to feature 156 “Intel Xeon Gold 6230 processors operating at 2.1 GHz and providing 40 compute cores in total, a single NVIDIA V100 with 32 GB of high-bandwidth memory, 960 GB of local NVMe storage and 348 GB of main memory”, Pawsey said.

It will also contain “two Mellanox QM8700 switches, capable of providing 200 Gbps of bandwidth per port”.

“Each of the nodes will include the latest generation Mellanox ConnectX-6 HCA, which will be configured to run in HDR100 mode, allowing 100 Gbps of bandwidth per node for accessing data on the Global Lustre file systems or for MPI communication,” Pawsey said.

Pawsey said it chose HPE because it met MWA’s technical requirements and can also “leverage resources around the world to provide the highest level of support for the lifetime of the system, in addition to their local support”.

Commissioning of the new cluster system is expected to be finalised by Q2 2020, Pawsey said.